It came in a simple white box decorated with a butterfly. 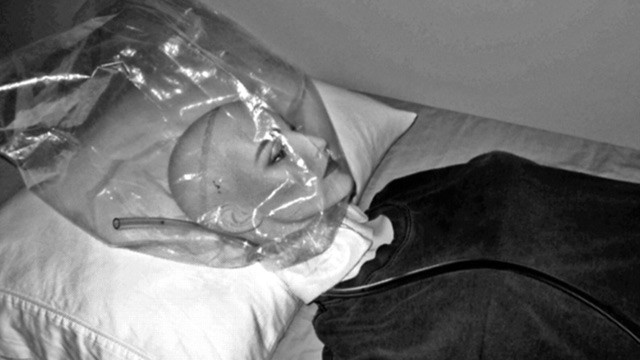 It came in a simple white box decorated with a butterfly. Nicholas Klonoski, 29, ended his life in December with a homemade suicide kit made by 91-year-old entrepreneur Sharlotte Hydorn. Unapologetic, she said: “I cannot take all the sadness of the world on my shoulders…I feel so sorry for the mama, but I’m not at fault. That’s his choice, not my choice.” Hydorn said the homemade kits, which she has been selling for four years, are designed to assist the suicides of those who are terminally ill or in severe chronic pain. But anyone can request the US$60 kit – and she does not screen her clients before sending out the device.

Hydorn says business doubled after Klonoski’s death made headlines. She also says she plans on continuing to expand her small company. Hydorn’s interest in assisted suicide was sparked by watching her husband die of metastatic colon cancer in 1977. He died in hospital, but Hydorn said he belonged at home. “It’s always been in my mind that people should have the right to die at home with a family around them, not in a strange place surrounded by strangers,” she said.

According to the Daily Beast, Klonoski was not terminally ill, and would not have qualified for lethal prescriptions that Oregon residents can legally procure under the Death with Dignity Act. Hydorn made sure before she started that she had the legal side of things sorted, making sure that she would not be implicated in any potential legal troubles.“The attorney told me, ‘you’re just the bag lady,’” she said. “So long as I’m not present when death occurs, and I’m not telling them to shut up and pull the bag down already, I am not accountable.”

Dr. Ken Robbins, of the University of Wisconsin, said that even if a person believes assisted suicide is ethical, it is vital for a clinician to examine patients thoroughly to be sure they are not suicidal because of depression. “You have to make sure they don’t want to end their life because they are depressed because depression is treatable.” said Robbins. “If the person goes through a good evaluation with a clinician, it’s not that hard to decipher.” ~ ABC News, May 2