The UK’s fertility watchdog has launched a public consultation on the ethics of IVF-based techniques designed to avoid serious mitochondrial diseases. 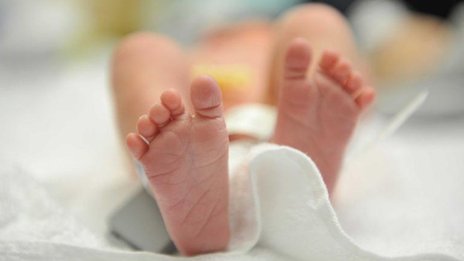 The UK’s fertility watchdog has launched a public consultation on the ethics of IVF-based techniques designed to avoid serious mitochondrial diseases.

Around 1 in 200 children is born each year with a form of mitochondrial disease. Some children have mild or no symptoms but others can be severely affected and have a shortened life expectancy. Symptoms include muscle weakness, intestinal disorders and heart disease.

New techniques, known as mitochondria replacement, could enable women to avoid passing these diseases on to their children by using mitochondria from a donated egg to create a healthy embryo, which would then be used in normal IVF treatment.

Any child born following mitochondria replacement would share DNA with three people, albeit a tiny amount with the donor. These changes would affect the germ line, meaning the donor’s mitochondrial DNA would be passed onto future generations.

Mitochondria replacement is lawful in the laboratory, but the embryos cannot currently be used in treatment. The Government has asked the HFEA, as the expert independent regulator, to seek public views on whether these techniques should be made available to couples at risk of having an affected child.

The Chair of the Human Fertility & Embryology Authority (HFEA), Professor Lisa Jardine, explained: “The Government has asked us to take the public temperature on this important and emotive issue… We find ourselves in unchartered territory, balancing the desire to help families have healthy children with the possible impact on the children themselves and wider society.”

In June the Nuffield Council on Bioethics, an influential British think tank, endorsed the technique because it could save lives and because the claim that the child would have a third parent is false. An exasperated John Harris, a leading bioethicist at Manchester University, agreed. “The problem identified by the HFEA as to whether or not resulting children have a right or a need to know the identity of the mitochondria donor is really bizarre,” he wrote in Comment is Free. If people were serious about their genetic identity, they ought to verify the paternity of all children. This would be rather embarrassing as a small but not insignificant number would discover that they are not the child of their putative father.

Dr Peter Saunders, a UK bioethics blogger, pointed out that the HFEA’s description of the technique was not entirely candid. “This is not about finding a cure. It is about preventing people with MCD being born. We need first to be clear that these new technologies, even if they are eventually shown to work, will do nothing for the thousands of people already suffering from mitochondrial disease or for those who will be born with it in the future.”

He also questioned whether it would work. Similar techniques, like hybrid embryos and therapeutic cloning, have been fizzers. Furthermore, it would require large numbers of eggs, with all the medical and ethical risks linked to egg donation.

Other critics of the technique have been even harsher. Dr David King, the director of Human Genetics Alert, said in June: “Just as Frankenstein’s creation was produced by sticking together bits from many different bodies, it seems that there is no grotesquerie, no violation of the norms of nature or human culture at which scientists and their bioethical helpers will balk.”