The UK government has decided that it will allow the creation of three-parent embryos to prevent the births of children with mitochondrial diseases. 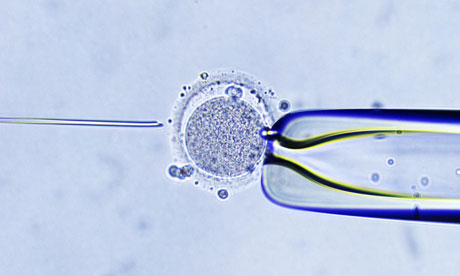 The UK government has decided that it will allow the creation of three-parent embryos to prevent the births of children with mitochondrial diseases. The announcement came after an extensive consultation carried out by the fertility watchdog, the Human Fertilisation and Embryology Authority, last year which found that most Britons were not opposed to the procedure.

The UK’s Chief Medical Officer, Professor Dame Sally Davies, said: “Scientists have developed ground-breaking new procedures which could stop these diseases being passed on, bringing hope to many families seeking to prevent their future children inheriting them. It’s only right that we look to introduce this life-saving treatment as soon as we can.”

While the news was reported as a breakthrough and a world first by the media, there were voices of dissent. Dr David King, of the lobby group Human Genetics Alert, was bitterly critical.

“These techniques are unnecessary and unsafe and were in fact rejected by the majority of consultation responses. It is a disaster that the decision to cross the line that will eventually lead to a eugenic designer baby market should be taken on the basis of an utterly biased and inadequate consultation.”

The ethics of mitochondrial transfer were overshadowed in the media by the stories of happy parents whose children would not suffer or die. The issues were framed by supporters of the research to make it sound completely benign. However, as opponents pointed out, there are many unanswered questions.

For starters, mitochondrial diseases affect about 1 in 6,500 babies – about 200 a year in Britain. While some of these children are seriously ill, others suffer much less and lead productive lives. (It appears that Charles Darwin suffered from a mitochondrial dysfunction.) According to the BBC, only about 10 couples every year would benefit from the technique.

This would also be the first time that a government has authorised “full-scale germline genetic engineering”, in the words of Stuart Newman, of New York Medical College.

Some scientists flatly deny that the babies would have three parents, because only about 1% of the DNA they inherit will come from its “second mother”. But others argue that it is a vital part of its genetic make-up and that the “three-parent embryo” tag is accurate.

Furthermore, research into the mitochondrial replacement will involve the destruction of thousands of embryos. How the vast amount of human eggs are to be obtained for the research programme also involves ethical quandaries.

Even the Guardian’s columnist Zoe Williams, a strong supporter of reproductive rights, thought that the ethics of this research had not been studied carefully.

“There are clearly implications here that go beyond the curative properties of the technique as it’s used at the moment, and questions thrown up to which the answer “think of all the suffering alleviated for mitochondrial disorder sufferers” is insufficient.”