Some patients previously thought to be unconscious are in fact aware of themselves and their surroundings, according to Dr Adrian Owen of the University of Western Ontario. 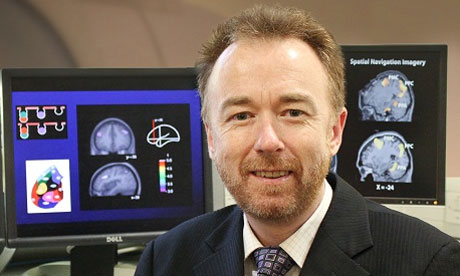 Some patients previously thought to be unconscious are in fact aware of themselves and their surroundings, according to Dr Adrian Owen of the University of Western Ontario. Dr Owen’s research shows that brain scanning technology can be used to aid diagnosis by detecting hidden indicators of consciousness in vegetative patients, but also, in some cases, to help them communicate.

In a 2006 study, he and his colleagues used functional magnetic resonance imaging (fMRI) to find if a 23-year-old woman in a persistent vegetative state (PVS) would respond to a set of pre-recorded spoken statements. Subsequently, Owen’s group performed fMRI on 54 minimally conscious and vegetative patients, and told them to imagine playing tennis if they wanted to answer “yes” and to imagine walking the streets of a familiar city if “no”. Five of the patients were able to answer the questions correctly in this way.

All 5 had been diagnosed as being in a PVS, and only 2 responded to behavioural tests of awareness. However, absence of evidence cannot necessarily be interpreted as evidence of absence. Responses may be too low to be detected by the scanner, or because patients were asleep during the scanning.

“We now know from that paper and from our follow-up papers that close to 20% of patients who are thought to be vegetative are actually conscious, but are nevertheless incapable of demonstrating their consciousness through standard clinical assessments.” ~ Guardian, Sep 2