Doctors in Syria and Bahrain risk arrest and prison for treating patients without fear or favour. 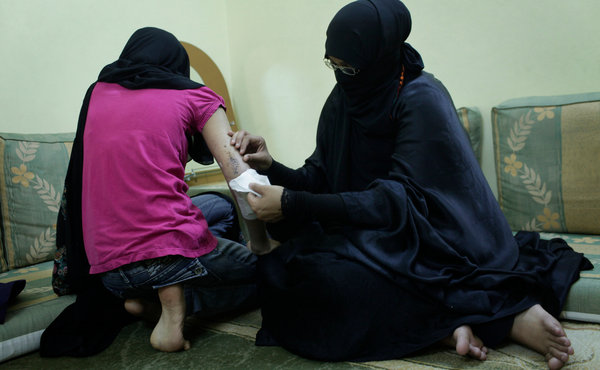 Doctors in Syria and Bahrain risk arrest and prison for treating patients without fear or favour. In Syria, the charity Médecins sans Frontières (MSF) claims that wounded patients and medical workers continue to be targeted and threatened. It has issued a statement demanding that all those involved in the conflict respect the “physical integrity of wounded people, doctors, and healthcare facilities.” Doctors from MSF, who entered the country secretly, found that patients and doctors inthe rebel stronghold of Homs and the Idlib Governorate were at risk of attack. One surgeon told them: “Being caught with patients is like being caught with a weapon.”

And in Bahrain, where political turmoil has left many protesters injured, a growing underground network of caregivers — doctors, first-aid medics or people without any medical training are treating casualties. The New York Times reports that the new clinics are sitting rooms equipped with little more than bandages and gauze. Injured protesters fear to seek treatment at the country’s major public hospital, the Salmaniya Medical Complex. The group Physicians for Human Rights released a report this week saying that some of the problems at Salmaniya have resulted from the conduct of security forces at the hospital and at its gates. Hospitals were rejecting injured protesters, one doctor said. ~ BMJ, May 17; New York Times, May 21