The World Medical Association has strengthened its opposition to capital punishment 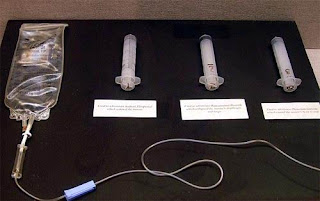 The World Medical Association has strengthened its opposition to capital punishment with a resolution at its recent conference in Bangkok that “physicians will not facilitate the importation or prescription of drugs for execution.”

It also reaffirmed previous resolutions that “it is unethical for physicians to participate in capital punishment, in any way, or during any step of the execution process, including its planning and the instruction and/or training of persons to perform executions”, and that physicians “will maintain the utmost respect for human life and will not use medical knowledge to violate human rights and civil liberties, even under threat.”

In any case, campaigners against the death penalty in the US are successfully lobbying to block supply of lethal drugs for executions. Maya Foa, head of the lethal injection project at the anti-death penalty organisation Reprieve, told a conference in London in mid-October, “Executions in certain states can’t go ahead because they’ve run out of drugs and others are running out.”

Reprieve has launched what it calls a “Pharmaceutical Hippocratic Oath” for drug companies which pledge themselves not to supply lethal drugs for executions. Under the oath, companies pledge that:

“We dedicate our work to developing and distributing pharmaceuticals to the service of humanity; we will practice our profession with conscience and dignity; the right to health of the patient will be our first consideration; we condemn the use of any of our pharmaceuticals in the execution of human beings.”

One US company, Hospira, still supplies a paralyzing agent, pancuronium, which is part of a three-drug cocktail for executions. Reprieve says that this drug is cause for particular concern, as it renders prisoners unable to signal that they are suffering agonising pain as the final, lethal substance is injected.~ BMJ, Oct 19