A retired Scottish doctor has admitted in a newspaper interview that he supplied three patients with lethal medication so that they could end their lives. 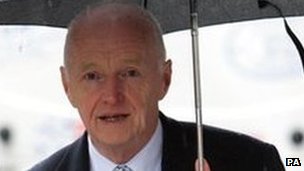 A retired Scottish doctor has admitted in a newspaper interview that he supplied three patients with lethal medication so that they could end their lives.  He made his confession as a way of supporting an assisted suicide bill before the Scottish Parliament.

Dr Iain Kerr, 66, told the Scottish Herald that he had once advised a chronically ill retiree how to take enough antidepressants to die and gave married couple in their 80s sleeping pills. Both of these happened some time ago.

He believes that he acted in the best interest of his patients. “I think there should be a change in the law because my personal experience is that there are people suffering distressing symptoms at the end of life which cannot all be palliated, and while people should be offered all the available treatments, there may be times when their preferred course of action will be suicide or to be assisted to die,” he said. “I feel the law is out of step with what is socially acceptable to a large number of people,” he added.

His philosophy is uncomplicated. “The worst thing about death is not being alive. If being alive is not a bunch of cherries, what is wrong with embracing death?”

The Scottish police is looking into the public confession. However, Dr Kerr is well known as a campaigner for assisted suicide and euthanasia. In 2008, the General Medical Council suspended him for six months for misconduct after he supplied an elderly patient with sleeping pills to kill herself. It described his actions as “inappropriate, irresponsible, liable to bring the profession into disrepute and not in your patient’s best interest”.

In Scotland there is no law banning assisted suicide, so the legal situation is murky.

The Crown Office spokeswoman said “Dr Kerr was investigated in the past in respect of his involvement in a number of deaths which were referred to in today’s press. We have instructed the police to make enquiries into whether there is any new evidence available. Any new evidence will be considered by the Crown counsel”.

Dr Kerr was also criticised by the president of the UK’s leading lobby group for assisted suicide, Sir Graeme Catto, a former president of the General Medical Council. “We simply do not condone healthcare professionals from medicine or nursing or any other group taking matters into their own hands. In Iain Kerr’s case that is what he did.”