A New Zealand pro-life group has resorted to the International Criminal Court (ICC) to get justice for Down Syndrome children. And, improbable as it seems, it is having some success. 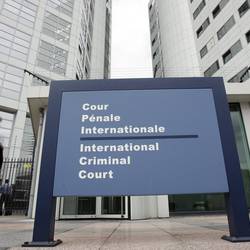 In recent years lawyers have discovered creative ways to pursue human rights justice. The former president of Chile, Augusto Pinochet, was arrested in London on a warrant issued by a Spanish judge and was nearly extradited to face trial for his regime’s abuses. The Alien Tort Statute, an obscure American law dating back to 1789 has been used in recent years to allow foreigners to prosecute human rights violations in their own countries in US courts. It has been used in countries as distant as Nigeria, Burma, Colombia and the Sudan.

Now a New Zealand pro-life group has resorted to the International Criminal Court (ICC) to get justice for Down Syndrome children. And, improbable as it seems, it is having some success. The Prosecutor of the ICC has announced that he will initiate a formal preliminary examination into a complaint against the New Zealand government’s antenatal screening programme for genetic defects.

SavingDowns spokesman Mike Sullivan says that the Prosecutor’s decision indicates that the ICC is taking the complaint very seriously and that the case has sufficient merit to warrant comprehensive legal analysis. The antenatal screening programme has a stated objective and outcome of preventing the birth of children with Down syndrome, spina bifida and various other conditions. Such programmes are eugenic, discriminatory and put parents under undue pressure to terminate wanted pregnancies.

The basis of the complaint is that the screening programme targets unborn children with Down syndrome and other rare conditions such as spina bifida for birth prevention. New Zealand is signatory to the Rome Statute, under which the ICC operates. The persecution of an identifiable group of the civilian population through birth prevention is prohibited under the Statute.

A preliminary examination by the ICC is the analytical process by which the Prosecutor assesses whether there is a reasonable basis to proceed with a detailed investigation. SavingDowns has been advised by the ICC that the Prosecutor is now analysing the situation identified in their complaint. ~ SavingDowns press release, June 30