Eugenics is alive and well in British academia. 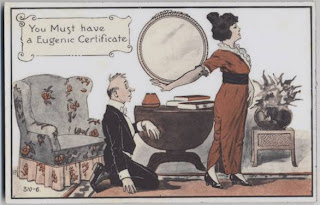 Eugenics is alive and well in British academia. Stephen Wilkinson, of Lancaster University, recently published a long discussion paper, “Eugenics and the Ethics of Selective Reproduction”, together with another bioethicist, Eve Garrard.

Their focus is the moral challenges that IVF and pre-implantation genetic diagnosis (PGD) offer to parents who want a child of a particular type. After carefully framing the arguments, they endorse: embryo selection techniques to avoid disease and disability in children, selecting embryos to produce a child with a disability such as deafness, and sex selection.

All these are examples of second wave eugenics, in which decisions about the future of a child lie in the hands of parents rather than the state.

As a campaigner told Wilkinson and Garrard, “We use it [‘eugenics’] whenever we can and we won’t be distracted or diverted into using any other word, not least because it’s not a popular word. It’s not a word that people like to hear; it’s got a lot of nasty connotations. So we’re not going to try to find a more palatable word.”

Wilkinson and Garrard feel that this is misguided and makes rational discussion of Second Wave policies all but impossible in many cases. For them, eugenics is simply “the attempt to improve the human gene pool”. If it is not coercive, it will probably be acceptable.

So should the word be abandoned so that scientists, doctors and parents can get on with it? Probably not, because it is a useful term, provided that it can be scoured clean of the Nazi stain.

“But even where selective reproduction is eugenic (which it sometimes is) it does not follow automatically from this that it’s wrong (despite the fact that many instances of eugenics historically have been morally abhorrent). For provided that the means used are ethically acceptable, and that people freely consent, it’s not clear that attempting to improve population health (‘the gene pool’) is a bad thing for us to be doing. On the contrary, it seems on the face of it to be a good thing – given the high value that most of us place on good health, and on preventing ourselves and our loved ones from acquiring diseases or impairments.”