Five million “test tube babies” have been born to date, according to research estimates presented to a fertility conference this week. 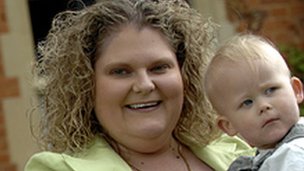 Five million “test tube babies” have been born to date, according to research estimates presented to a fertility conference this week. The first, Louise Brown, was born in July 1978 in the UK. The International Committee for Monitoring Assisted Reproductive Technologies (ICMART) presented its most recent data on children born to infertile parents at the European Society of Human Reproduction and Embryology (ESHRE) conference last week.

The calculation was made for the conference from ICMART data of the number of IVF and ICSI (intracytoplasmic sperm injection) procedures recorded worldwide until 2008, with estimates for the following 3 years. The total of births was estimated at 4.6 million last year, and the estimated accumulated total this year is 5 million.

ICMART chairman Dr David Adamson said: “This technology has been highly successful in treating infertile patients. Millions of families with children have been created, thereby reducing the burden of infertility. The technology has improved greatly over the years to increase pregnancy rates.”

About 1.5 million cycles of IVF and similar procedures are performed every year — leading to 350,000 babies, according to ICMART figures. Dr Allan Pacey, of the University of Sheffield, said: “I think it’s significant that we’ve got to five million. It’s far more socially acceptable than it has been over the last 10 or 20 years. One word of warning, we should make sure that couples understand that IVF isn’t a guaranteed solution and if they’re in a position to have their children earlier in life then they should try and do that. IVF really is something that should be preserved for those people who really need it.” ~ European Society of Human Reproduction and Embryology, Jul 2; BBC News, Jul 2