A US county court has rejected a wrongful birth case lodged by a same-sex couple who were mistakenly given sperm from a black donor. 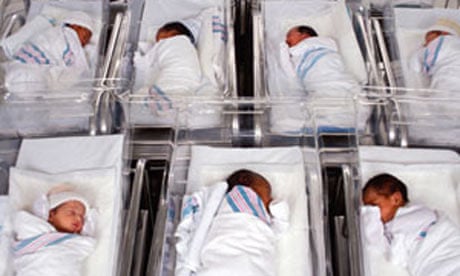 A US county court has rejected a wrongful birth case lodged by a same-sex couple who were mistakenly given sperm from a black donor. Ms. Jennifer Cramblett, 37, was suing Midwest Sperm Bank in Illinois, after the clinic failed to deliver her the blonde-haired, blue eyed donor sperm that she requested.

Ms. Cramblett — who, along with her partner Amanda Zinkon, is Caucasian — said she discovered the mistake when she was pregnant with her girl, Payton (now three years old). Cramblett contacted the clinic to plan another child from the same donor, only to be told that she had been inseminated with sperm from an African-American man.

Cramblett’s law suit states that she is unprepared to bring up a mixed-race child:

“Getting a young daughter’s hair cut is not particularly stressful for most mothers, but to Jennifer it is not a routine matter, because Payton has hair typical of an African American girl.”

Cramblett told the court that she had “limited cultural competency” with mixed race children, having grown up in a predominantly white town.

Despite the various legal arguments put forward by Cramblett’s lawyer, Judge Ronald Sutter rejected the case. He agreed with sperm bank’s argument that a claim in wrongful birth – where a parent sues for the birth of a child – could not be sustained where the child is born healthy.

He also dismissed the claim that the sperm bank’s error amounted to a “breach of warranty” under a state law covering blood and tissue donations. “Sperm is not tissue”, Judge Sutter said.

The case has generated considerable media commentary due to the sensitive racial claims being made.

“Jennifer…says that she has no ‘cultural competency’ with African-Americans — which I think is modern parlance for not liking blacks,” commented Rod Little in The Spectator. “I wonder what Payton will think about this story when she learns her mother sued the sperm bank because she came out Black?”, asked Veronica Wells in Madame Noire.