A UK judge has ruled that a 32-year-old British woman who is dying of anorexia nervosa should be force fed to restore her to health. 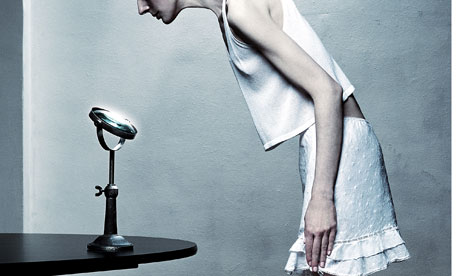 A UK judge has ruled that a  32-year-old British woman who is dying of anorexia should be force fed in an attempt to restore her to health. Justice Peter Jackson, of the Court of Protection, said that the case was a very difficult one in which the preservation of life was very finely balanced against “personal independence”.

The woman, known only as E, is a former medical student with several chronic health conditions, including alcoholism. Her anorexia seems to stem from sexual abuse she suffered, unknown to her family, between the ages of 4 and 11. She has been in and out of hospital for physical and mental conditions for many years. In July and October last year, she signed advance consent forms stipulating that she did not want any medical intervention to prolong her life. Her family supports her wishes. “For us it is the quality of her life and not the quantity,” they testified. “We want her to be able to die with dignity in safe, warm surroundings with those that love her.”

Given that the woman appeared to be aware of her circumstances, and that she did not desire to die, but nor did she desire to eat, thejudge was very circumspect in reaching his decision. However, he felt that at the time of drawing up her advance directives, E lacked capacity to make a rational judgement. On balance of probabilities, he thought that force feeding her would do more good than harm, even though it would deprive her of a relatively peaceful death. The preservation of life must be accordeda very high value, he said:

“All human life is of value and our law contains the strong presumption that all steps will be taken to preserve it, unless the circumstances are exceptional.  This principle is reflected in Article 2 EHCR, which provides that everyone’s life shall be protected by law.  It is the most fundamental of the Convention rights.”

Under the circumstances, it was worthwhile attempting to preserve E’s life, as long as there was a reasonable chance of success:

“We only live once – we are born once and we die once – and the difference between life and death is the biggest difference we know. E is a special person, whose life is of value. She does not see it that way now, but she may in future.

“I would not overrule her wishes if further treatment was futile, but it is not. Although extremely burdensome to E, there is a possibility that it will succeed. Services and funding will now be provided that were not available before and it would not be right to turn down the final chance of helping this very vulnerable young woman.”

The case aroused strong feelings among readers. A comment on the Practical Ethics blog illustrates the view that the judge had made an horrendous error: “This is beyond appalling. I am HORRIFIED by the protracted cruelty this patient has already endured and will not yet again be forced to endure. It is torture!” ~ London Telegraph, June 15