Bishops, editors and securities regulators may not be the only ones to lose jobs for failing to detect scoundrels in their ranks. Now a committee of the House of Commons in the UK has proposed that doctors lose licenses if they fail to report erring colleagues. 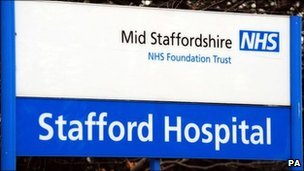 Bishops, editors and securities regulators
may not be the only ones to lose jobs for failing to detect scoundrels in their
ranks. Now a committee of the House of Commons in the UK has proposed that
doctors lose licenses if they fail to report erring colleagues.

Senior doctors and clinical team leaders in
hospitals would be most accountable, but there would be “questions asked of
everybody,” said Stephen Dorrell MP, chair of the health committee.

“Every practising doctor and nurse knows that
in addition to their obligation to care for their patients, they have an
obligation as professionals to report to their professional body any concerns
they have about the quality of care being delivered by their colleagues as a
result of what they know or should have known,” said Mr Dorrell. “We look to
the GMC to ensure that failure to act is regarded as a serious breach of
professional obligation.”

One glaring example of negligence is the Mid Staffordshire NHS Foundation Trust, where scores of doctors
must have known about problems at the hospital. But almost no one lodged
official complaints.

Paul Flynn, deputy chairman of the BMA’s
Central Consultants and Specialists Committee, told the BMJ, “It would be
contrary to natural justice to be held to account for something you genuinely
didn’t know about, but perhaps those who stick their heads in the sand and
deliberately don’t look for problems should be held to account for it.”

However, Mr Dorrell stressed that doctors
must be held responsible. “In the end, the quality assurance method in a care
system is not the regulator in London, it’s your professional colleagues around
you that themselves know what good, professional care looks like and know that
it’s their registration at risk if they tolerate second rate care going on
around them. This wider responsibility for the overall quality of care
delivered to patients is a part of what it means to be a professional.” ~ BMJ, July 26