A petition to ban circumcision will appear on San Francisco’s November election ballot. 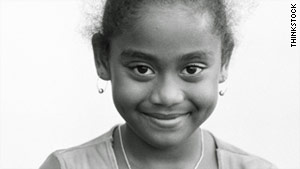 A
petition to ban circumcision
will appear on San Francisco’s November election ballot. A proposed bill will
make circumcision a misdemeanour if performed on boys aged under 18 years,
punishable by a US$1,000 fine and up to one year in prison. Santa Monica could
follow suit, with the support of San Diego-based MGM, a group which has drafted
anti-circumcision laws in 46 states.

However,
the proposal is highly controversial. In a CNN column, famed sociologist Amitai
Etzioni recently compared circumcision to ear piercing, arguing that this “very
common and usually harmless procedure” results in higher rates of complications
than circumcision.

“About
20% of baby girls suffer minor complications from ear piercing; about 3% suffer
major ones. Complications include swelling, drainage, infection, bleeding, cyst
formation, large scars and trauma. Surely such piercing should be banned before
anyone bans circumcision.”

“But
the rate of complications resulting from circumcision is lower than ear
piercing, between 0.2% and 0.6%, with some bleeding as the most frequent
complication. Studies, such as one at the University of Washington, have
indicated that circumcision might have health benefits. It helps prevent HIV
infection somewhat in heterosexual intercourse (although using condoms results
in similar gains).”

“Claims
about psychological harm caused by neonatal circumcision are based mainly on anecdotes
and Freudian psychoanalysis. If circumcision had the traumatic effects some
opponents maintain it has, roughly two out of every three American males would
be in trouble.”

Etzioni
argues that proponents of circumcision bans challenge the relationship between
parents and children. He argues that parents make decisions on behalf of their
children every day, seeking what they consider best for them – and that for
many parents, circumcision and ear piercing fall into that category.

“A
very poorly supported claim that circumcision is harmful, in the face of
evidence that it might be of some benefit, is not enough to prevent parents
from making decisions for their children on circumcision, ear piercing and much
else.” ~ CNN, Jun 15