An expert committee set up to investigate the conduct of trials of human papillomavirus (HPV) in India has reported far-reaching ethical violations. 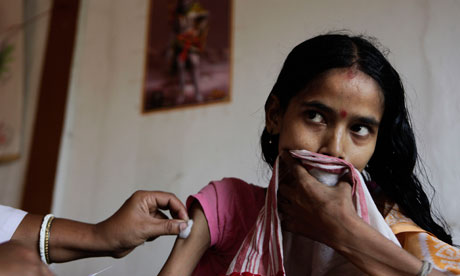 An expert committee set up to
investigate the conduct of trials
of human papillomavirus (HPV) in India has reported far-reaching ethical
violations. Members of the committee said that since the project proposal
involved research on human participants, it should have followed “all the
guidelines and statutory requirements applicable to research on human
participants”.

The study was conducted by
PATH, a Seattle-based population control NGO with substantial support from the
Bill & Melinda Gates Foundation. The committee has expressed concerns both
at the outsourcing of research unacceptable in the US to other countries as
well as the unethical manner in which the trial was conducted.

While BioEdge had difficulty
in finding specific information on the issue, it is clear that informed consent
is the heart of the controversy. It appears that up to 23,000 girls in Andhra
Pradesh and Gujarat received vaccination under the PATH project – and that
consent was given on behalf of the girls. According to The Hindu, the Deputy
District Medical and Health Officer of Bhadrachalam, P. Mohan Rao, wrote on
June 2 2009 to the Project Officer of the Integrated Tribal Development
Authority (ITDA) instructing him to issue orders to all the “hostel wardens and
ashram schools to sign the consent forms on behalf of the adolescent girls to
have the vaccine, as contacting parents will be difficult in agency area
(Bhadrachalam area).”

The Hindu reports that the
Centre suspended the program after seven girls died who had been vaccinated,
although the deaths do not appear to be related to the trials. According to the
three-member expert subcommittee, the most glaring flaw in the implementation
of the project was obtaining consent. “The ambivalent sentences in the consent
form tantamount to covert inducement and indirect coercion especially in the
light of the high cost of the vaccine,” said Rani Kumar, of All-India Institute
of Medical Sciences. “This authorisation runs contrary to the basic principles
of obtaining consent as students cannot be considered to have full autonomy in
front of their teachers,” she said.

Committee members expressed
concern at unacceptable delays in the reporting of adverse events and deaths,
and a lack of independent monitoring systems. “There has been direct contact
with the human participants, they have administered an intervention which is
not part of a prescribed prevention and have expected adverse events,” they
reported.

Further, the statement said:
“It is a matter of concern that the interests of the NGO, and the business
interests of the companies that it represented, received greater priority,
while the interests of the Indian people were marginalised. The report brings
out the facts clearly. The so-called “post-licensure observation study,” has
been found to be no less than “a clinical trial on human participants” by the
experts.” ~ Science and
Development Network, May 20; The Hindu, May
13, May 9