The European Court of Human Rights has rejected a case that would have overruled existing Italian law on the use of frozen embryos in research. 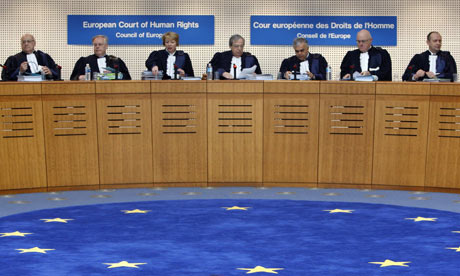 The European Court of Human Rights has rejected a case that would have overruled existing Italian law on the use of frozen embryos in research.

The court ruled that Adelina Parillo – who with her partner Stefano Rolla, a film director, created five embryos in 2002 – did not have a right to donate her embryos to scientists for research.

Parillo was claiming that existing Italian law regulating embryo research violated the right to privacy and private property. After the sudden death of her partner in 2003 Parillo tried to donate the embryos for research into disease.

In a 16-1 the Human Rights Court found that Italy had not contravened Article 8 of the European Convention on Human Rights, on the right to respect for private and family life.

Much of Italy’s 2004 legislation regulating artificial reproduction has been struck down by the country’s judiciary.

The Human Rights Court said that Italy was to be given considerable room for manoeuvre on the sensitive question, due to the lack of a European consensus and international texts on the issue.

The court also said there was no evidence the woman’s deceased partner would have wished to donate the embryos for medical research.

The legalisation of physician-assisted suicide in Canada after February’s decision by the Supreme Court is starting to affect doctors. The College of Physicians and Surgeons of Ontario has quietly issued a directive that conscientious objectors must help them find someone willing to do so.

The requirement appears in the policy Planning for and Providing Quality End-of-Life Care, approved in September by College Council:

8.3 Conscientious Objection: Physicians who limit their practice on the basis of moral and/or religious grounds must comply with the College’s Professional Obligations and Human Rights policy.

This policy requires physicians who are unwilling to provide procedures for reasons of conscience or religion to make “an effective referral to another health-care provider”. This is defined as “a referral made in good faith, to a non-objecting, available, and accessible physician, other health-care professional, or agency.”

The Professional Obligations and Human Rights policy is being challenged by the Christian Medical and Dental Society and the Canadian Federation of Catholic Physicians’ Societies.  Among other things, the suit alleges bias on the part of the working group that developed the policy.

It was approved by College Council in March despite overwhelming opposition to the demand for “effective referral”.  The College issued a statement with the policy to the effect that it did not apply to euthanasia or assisted suicide.  It promised to revisit the issue after Parliament or the provincial legislature enacted laws in response to the Supreme Court of Canada decision.

“It was obvious at the time that this was an ingenuous tactic that they hoped would defuse opposition to the policy, at least among Council members” said  Protection of Conscience Project Administrator Sean Murphy.  “This development simply confirms the obvious.”