Only a few weeks after the New York Times Magazine published his profile, quadriplegic English professor Brooke Hopkins decided that he had had enough. 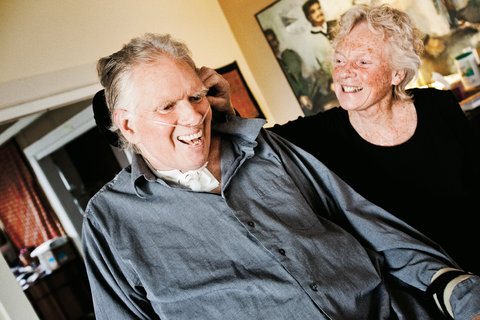 Only a few weeks after the New York Times Magazine published his profile, quadriplegic English professor Brooke Hopkins decided that he had had enough. On July 27 he suddenly asked for all of his life support systems, including his ventilator, to be withdrawn. A hospice provided some morphine to make his last moments more bearable and he died of suffocation.

What made Hopkins’s case particularly interesting was that his wife of 27 years was one of the best-known American theorists of voluntary euthanasia and assisted suicide, Margaret Pabst Battin (“Peggy”). She had cared for him devotedly in the six years since his accident and tried to dissuade him from taking the final step. The Salt Lake City Tribune explained why this time was different:

‘She still supports a person’s right to choose, she says, but “autonomy is way more complex than you ever could have imagined — and this is true not just for Brooke but for every person who faces the end.”

‘You can’t assume that “all choices are alike,” she says, “so you have to be alert to what someone deeply wants.” She believes “in honoring a loved one’s wishes,” she says, her voice dropping, “even if it is painful to you.” And, she adds, it is.’