The interesting question posed by two Oxford utilitarians, Dominic Wilkinson and Julian Savulescu in the Journal of Medical Ethics recently is this: “Is it better to be minimally conscious than vegetative?” 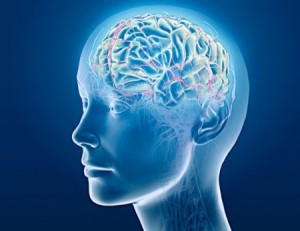 There has been tremendous interest in the media about patients in a permanent vegetative state who had actually been in a minimally conscious state (MCS). That is, “a condition of severely altered consciousness in which minimal, but definite, behavioral evidence of self or environmental awareness is demonstrated.” They can barely communicate, if at all, are incontinent and must be fed through a tube. But they do retain an ability to respond to some stimuli.

Last year, the relatives of a severely brain-damaged British woman known as “M” wanted to remove her from life support because her life, they said, had no pleasure or dignity and because she  would not have wanted ‘a life dependent on others. However, a judge ruled that the woman was minimally conscious and that treatment should continue. “I find that she does have some positive experiences and importantly that there is a reasonable prospect that those experiences can be extended by a planned programme of increased stimulation,” he said.

The interesting question posed by two Oxford utilitarians, Dominic Wilkinson and Julian Savulescu in the Journal of Medical Ethics recently is this: “Is it better to be minimally conscious than vegetative?”

To make a long story short, the utilitarian answer is No. The prognosis for MCS patients is no better than it is for patients in a permanent vegetative state; the added consciousness might be painful and negative; and they cannot communicate their wishes (if they have any) meaningfully. Furthermore, distributive justice demands that resources should be used more productively. Caring for minimally conscious patients is not cheap: “the average lifetime cost of care for a patient with a severe traumatic brain injury at US$600 000 to $1.8 million,” according to one estimate. “Even if it is of some benefit to be kept alive in an MCS (though we are sceptical of whether the benefits do outweigh the burdens), the magnitude of that benefit is small compared with other uses of limited health resources.”