Like Margaret Thatcher, who was born in the same year, and whom he outlived by two days, Robert G. Edwards was controversial figure whose place in history is still to be decided. 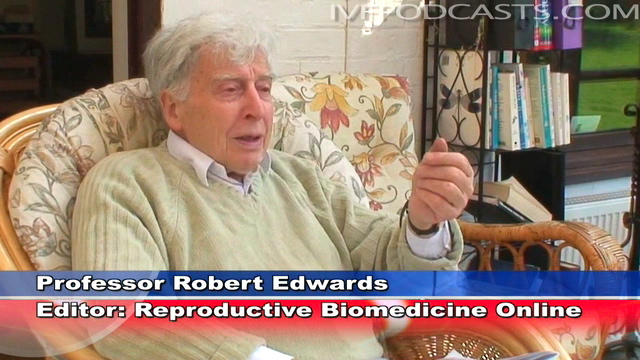 The creator of the first IVF baby and 2010 Nobel Laureate Robert Edwards died this week. Obituaries and eulogies by colleagues, friends and admirers spoke of a passionate man with boundless energy, driven by a desire to bring happiness to infertile couples.

Edwards was born in 1925 in Yorkshire. After a slow start in his research career, he began working in human reproduction in the mid-1950s. He teamed up with Dr Patrick Steptoe, an expert in the new field of laparoscopy in 1968. By 1969 they provided the first compelling evidence that fertilisation could take place outside the human body.

Edwards was not just a scientist; he was a crusader.  He took every opportunity to tell the press of his plans for in vitro fertilisation. At the time, the scientific establishment – to say nothing of the churches — was strongly opposed. The reaction of the British Medical Association was so extreme that Edwards twice sued it for defamation. Eminent scientists described  his work as immoral and criticised him as a self-publicist. He lost all government funding for his project.

However, when Louise Brown was born on July 25, 1978, the dark clouds melted away. Since then five million IVF babies have been born and IVF has become part of mainstream medicine.

Edwards also laid the foundations for the defence of divorcing conception from sex, and biology from love. In 1989 he wrote a book Life before Birth: Reflections on the Embryo Debate defending his vision.

He helped to found the European Society for Human Reproduction and Embryology and its journals and in 2000 he set up a new journal, Reproductive BioMedicine Online.

Edwards’s “vision” did not stop at solving the mechanics of IVF. He also argued forcefully that science could not be limited by ethics. As he told a journalist for the magazine Living Marxism, Anne Bradley (later Anne Furedi, the head of the UK’s leading private abortion provider) in 1969, “I cannot accept this hyper-emotional stuff that says that some areas are out of bounds and cannot be touched.”

In 2003 he told the London Times: “It was a fantastic achievement, but it was about more than infertility. It was also about issues like stem cells and the ethics of human conception. I wanted to find out exactly who was in charge, whether it was God himself or whether it was scientists in the laboratory.” And what he discovered was that “It was us.”

Long before the birth of Louise Brown, Edwards foresaw that his work would eventually lead to embryonic stem cell research, sex selection, children for lesbians and single women, posthumous reproduction and genetic engineering. His 1999 remarks backing eugenics are widely quoted: “Soon it will be a sin for parents to have a child that carries the heavy burden of genetic disease. We are entering a world where we have to consider the quality of our children.” He was actually in favour of human reproductive cloning, provided that the procedure was safe.

From other angles, his ethical outlook still seems rather cavalier. There were no animal trials for IVF (or for its successor, ICSI). The first women to take up IVF were not aware of the dangers involved in the whole process. In fact, Edwards had little patience with the feminist critique of IVF. “Look at the happiness of those women [his patients],” he told Bradley. “They wanted this treatment. I am fighting for these women. Feminists should be arguing for more of this kind of help for women, not less of it.

Like Margaret Thatcher, who was born in the same year, and whom he outlived by two days, Robert G. Edwards was controversial figure whose place in history is still to be decided.