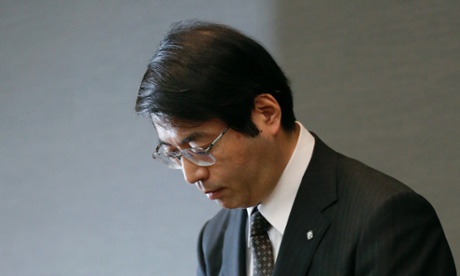 A leading Japanese stem cell researcher has committed suicide in the wake of retractions of papers which he co-authored. Yoshiki Sasai, 52, deputy director of the Riken Center for Developmental Biology, was discovered by a security guard and died in hospital about two hours later. Suicide notes were apparently found but the contents have not been disclosed.

Dr Sasai was a colleague of lead author Haruko Obokata on two stem-cell papers published in Nature earlier this year. The papers claimed that bathing cells in a mild acid could make them revert to a pluripotent, or even totipotent state. But the resutls were challenged after other scientists could not replicate them. It was soon discovered that some of the data was fatally flawed.

An investigation by the Riken Centre found that Ms Obokata was guilty of research misconduct, but not Dr Sasai. However, the scandal badly damaged Riken’s reputation and Dr Sasai told the Wall Street Journal earlier this year that he was “overwhelmed with shame” over his failure to supervise the research project adequately.