As the Ebola outbreak grows in scale – with cases now reported in Spain and the US – experts are becoming increasingly concerned about public hysteria. 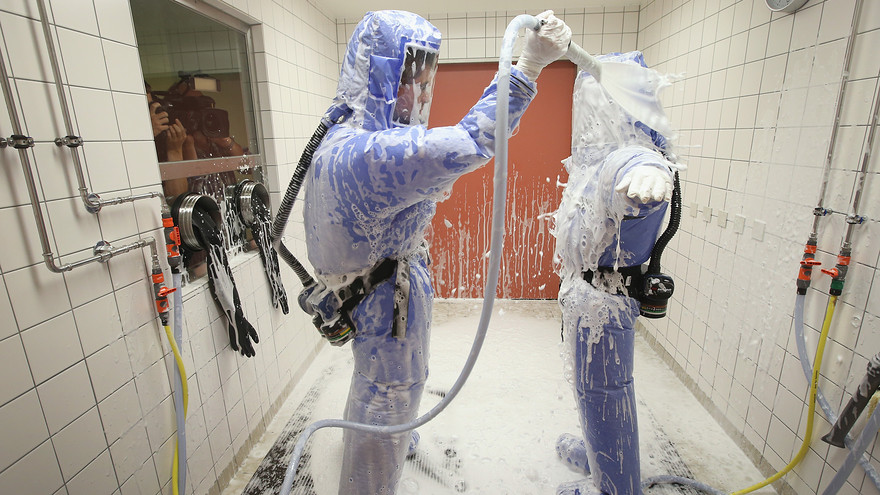 As the Ebola outbreak grows in scale – with cases now reported in Spain and the US – experts are becoming increasingly concerned about public hysteria. According to a new Washington Post-ABC News poll, two-thirds of Americans are now worried about an Ebola epidemic in the US, and more than 4 in 10 are “very” or “somewhat worried” that they or a close family member might catch the virus.

Some experts see the next few weeks as crucial to containing mounting anxiety. “Officials will have to be very, very careful,” said Paul Slovic, president of Decision Research, a non-profit that studies public health and perceptions of threat. “Once trust starts to erode, the next time they tell you not to worry — you worry.”

DuPont, a company that manufactures protective suits, said it has more than tripled its production since the start of the outbreak in March. Kimberly-Clark, which also produces protective clothing, said it had seen a 20-30% rise in sales compared with this time last year.

Many elements of the Ebola threat are conducive to public hysteria, experts say. It is invisible and deadly – and this has been graphically illustrated through gruesome pictures reported home from Africa. It’s also a disease that personally we can do little to limit.

In a speech on Wednesday, US President Barack Obama echoed countless healthcare officials and tried to allay public fears: “If we follow these protocols properly… the likelihood of widespread Ebola outbreaks in this country is very, very low”.