More and more single women in Australia are turning to IVF, clinics claim. 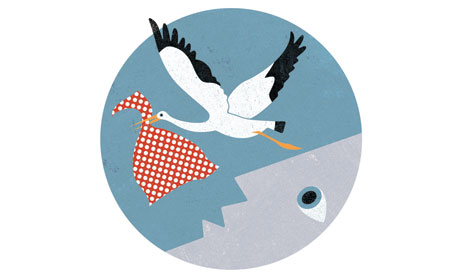 More and more single women in Australia are turning to IVF, clinics claim. Over the past three years, the numbers have risen by 10%, mostly older heterosexual women.

‘We’re seeing more and more of these ladies. Women who can’t find Mr Right but still want a child realise this is an option for them,” Michael Chapman, of the Fertility Society of Australia, told the Sydney Morning Herald. ”It’s become almost normal to be a single mum. So when these women get to 38, 39, they go to donor sperm and do assisted reproduction.”

The trend worries some sperm donors, says Dr Chapman. They are concerned about children being raised without a father. ”Many sperm donors are not comfortable giving sperm to single women and lesbian couples.”

According to Professor Gab Kovacs, of Monash IVF, most singles were successful women in careers like banking or journalism. ”They’re financially able to support a child on their own.” He advocates IVF rather than a one-night stand because a clinic’s sperm donors are screened for genetic defects and infectious diseases. ”If you pick up someone in a pub, you don’t know what you’re getting,” he says.

The focus of the SMH’s report was a 39-year-old plumber from Melbourne. ”I’m proud of what I’ve done – look at what I’ve got,” says Allison Myers. She’s beautiful … In some ways she saved my life. As a single person you’re out partying, drinking, blowing money, you don’t see a positive future. She comes along and it’s fantastic, I want to see her grow up.”