The dark side of American surrogacy. 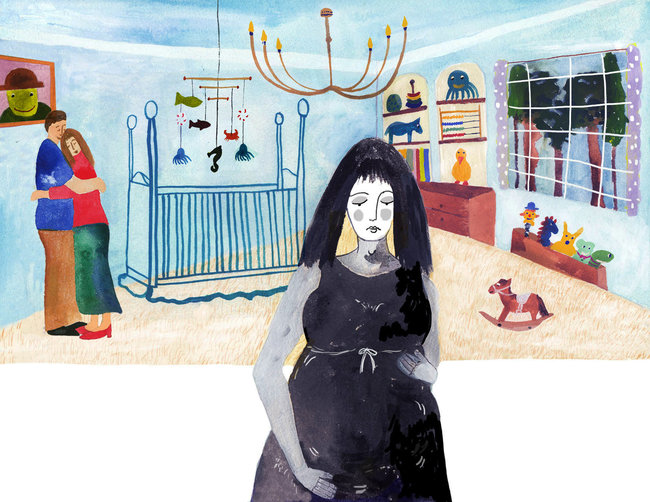 Surrogacy may be the “new normal” on American television  — glamorous, funny and quirky. But novelist Susan Straight paints a very different picture in an op-ed in the New York Times, “Making Babies, Just to Make Ends Meet”. She profiles “C”, a 39-year-old woman in her block of flats who has been a surrogate mother three times.

C has been married three times, the first time at 16. Her first husband was murdered; her second is in jail; her third can barely pay for  the gas to drive his motorcyle to work. She has five children of her own.

Is it easy money? No, says Ms Straight:

‘I’ve given birth to three girls. I cannot imagine carrying a child for a stranger. When people say, “That’s so much money!” I say, “This is not a job where you take a break, lie down and rest, go on vacation for a week. She’s pregnant 24-7. Oh, and there’s the part where she could die.”’

Surrogacy may not be an easy way to make a buck, but for poor women without an education, it might seem like the only way. As surrogacy becomes more popular with infertile American couples and overseas couples from countries where it is illegal, we could be reading more stories like this.