A federal judge has ordered the US Food and Drug Administration to make the “morning after” pill available to girls under 17 without a prescription. 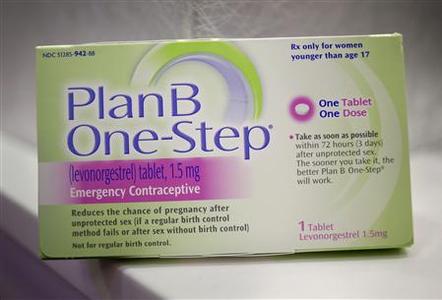 Another chapter in the convoluted history of Plan B in the United States: a federal judge has ordered the US Food and Drug Administration to make the “morning after” pill available to girls under 17 without a prescription.

It is a ruling which the Obama Administration no doubt finds congenial, although it was Health and Human Services Secretary Kathleen Sibelius who instructed the FDA to impose the ban in December 2011. US District Judge Edward Korman, in Brooklyn, now describes her decision as “arbitrary, capricious and unreasonable”. “The motivation for the secretary’s action was obviously political,” he wrote in his decision.

At the time, President Obama’s campaign for re-election was under way. If the FDA had gone ahead with its plan to allow Plan B to be sold to all girls without age limits, he would have been vulnerable to Republican jibes that he was ignoring family values. Mr Obama declared that he strongly supported the restriction, even though his own supporters interpreted it as the triumph of politics over science.

“The reason Kathleen made this decision is that she could not be confident that a 10-year-old or an 11-year-old going to a drugstore should be able — alongside bubble gum or batteries — be able to buy a medication that potentially, if not used properly, could have an adverse effect,” Mr Obama declared at the time. “And I think most parents would probably feel the same way.”

But almost no one thought that he really believed this.

“This may be a free pass for them,” said Lars Noah, a professor at the University of Florida College of Law told Reuters. “You can say, ‘our hands were tied, we were forced to cave in.’ Whatever the political calculus is, I’d be shocked if they appealed this. They are probably just going to walk away from this one, and maybe thank their lucky stars this is how they got to the right outcome.”

Abortion rights groups hailed the court’s decision. “Women all over the country will no longer face arbitrary delays and barriers just to get emergency contraception,” said Nancy Northup, of the Center for Reproductive Rights. Opponents said that it would promote criminal activity. “When these are right out there with the bubble gum, they’re going to be part of the date rape cocktail,” said Karen Brauer, president of Pharmacists for Life.