A leading psychiatrist, Dr Paul McHugh, has challenged the trend towards acceptance. 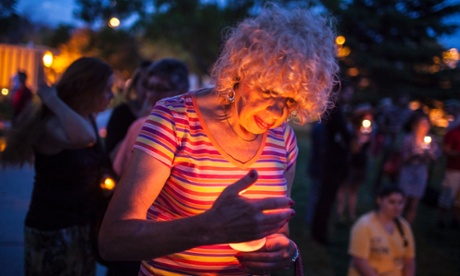 Denee Mallon is a 73-year-old Army veteran and male-to-female transsexual, who has just won a stunning legal victory. No longer can Medicare refuse to pay Mallon’s medical expenses for sex reassignment surgery. A Department of Health and Human Services (HHS) review board has ruled that it is no longer reasonable to exclude such surgeries because they were experimental or risked serious complications.

“Sometimes I’m asked aren’t I too old to have surgery. My answer is how old is too old?” Mallon told the Associated Press. “When people ask if I am too old, it feels like they are implying that it’s a ‘waste of money’ to operate at my age. But I could have an active life ahead of me for another 20 years. And I want to spend those years in congruence and not distress.”

However, writing in the Wall Street Journal, a leading psychiatrist, Dr Paul McHugh, challenged the trend of transgender acceptance. He believes that it is seriously mistaken.

“This intensely felt sense of being transgendered constitutes a mental disorder in two respects. The first is that the idea of sex misalignment is simply mistaken—it does not correspond with physical reality. The second is that it can lead to grim psychological outcomes … “

Dr McHugh, a member of President Bush’s bioethics commission, says that his university, Johns Hopkins, stopped doing transgender surgery, even though most patients reported that they were “satisfied” with the surgery. “Producing a “satisfied” but still troubled patient seemed an inadequate reason for surgically amputating normal organs.” He cited a Swedish study which found that the suicide rate among people who had sex-reassignment surgery was 20 times higher than the non-transgendered population.

At the heart of the problem is confusion over the nature of the transgendered. “Sex change” is biologically impossible. People who undergo sex-reassignment surgery do not change from men to women or vice versa. Rather, they become feminized men or masculinized women. Claiming that this is civil-rights matter and encouraging surgical intervention is in reality to collaborate with and promote a mental disorder.