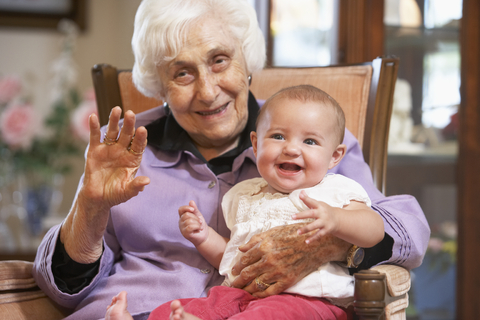 Women could remain fertile indefinitely if they freeze slices of ovaries, IVF doctors believe. Although the idea is controversial, it appears to work. With its help, women could work well into their 40s before having children. Doctors at the European Society of Human Reproduction and Embryology (ESHRE) conference in Turkey this week said that 28 babies have been born to women who either had their own ovarian tissue removed before cancer treatment and replaced afterwards or who received ovarian tissue from a twin. Most of the children were conceived naturally.

One of the leading supporters for this treatment is Dr Sherman Silber, an American surgeon, from St Louis, Missouri. He told the London Telegraph: “A woman born today has a 50 per cent chance of living to 100. That means they are going to be spending half of their lives post-menopause. But you could have grafts removed as a young woman and then have the first replaced as you approach menopausal age. You could then put a slice back every decade.

Potentially the biggest users of the technique would not be women who fear losing their fertility because of chemotherapy, but career women who want to defer childbearing. Dr Silber sees his technique as a potential solution to declining birth rates. He told the ESHRE conference in 2009:

“We are in the middle of a massive global infertility epidemic, caused by the new structure of our society where women choose not to have children until they are older. As a result, many of them become infertile because of the ageing of their eggs and ovaries. This procedure is a solution to that social dilemma, allowing women to have children when they are older by preserving their ovaries when they are younger and transplanting them back at a later date.”

The Telegraph profiled seven women who have given birth in their 60s and 70s. In 2008, a 70-year-old Indian woman gave birth to a daughter after IVF treatment. A year and a half later, she discovered that she was dying after failing to recover from complications after surgery. She said: “I dreamed about having a child all my life. It does not matter to me that I am ill, because at least I lived long enough to become a mother.”