Kylie Trounson’s the Waiting Room is a thoughtful exploration of the emotional and moral complexities of IVF. 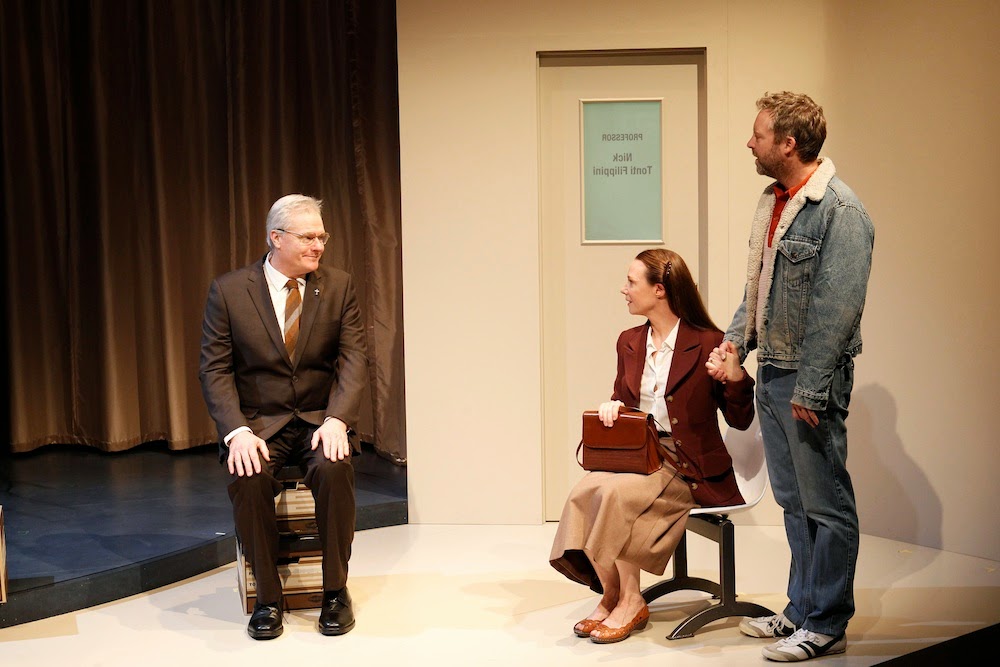 There is something sterile about the textbook definition of IVF – “a form of assisted reproduction where the eggs from a woman are extracted under anaesthetic and placed in a culture dish with thousands of sperm, allowing the process of fertilisation to take place.”

For its proponents, IVF is a profound gift from science to humanity – it gives infertile couples and single parents an opportunity to have a child. For its detractors,represents the intrusion of technology into procreation, the most sacred area of human experience. It evokes Huxley’s nightmarish vision of children decanted in vats and the disappearance of motherhood.

These conflicting perspectives are brought to life in Kylie Trounson’s Melbourne Theatre Company play The Waiting Room. The play is an admirable attempt to capture the emotional and moral dimensions of IVF.

The complexities of IVF

The play is rather peculiar – philosophical yet comical, polemical yet absurd. Kylie Trounson – the daughter of IVF pioneer Alan Trouson – interweaves reflections on her own life and her father’s life with stories of couples desperately seeking IVF treatment. In the midst of this there’s also significant philosophical musing – about the ethics of IVF, human participation in creation, and Frankenstein concerns about ‘playing God’. Surprisingly Trounson engages in quite a sophisticated theatrical dialogue with the two chief opponents of IVF – feminists and the Catholic Church.

The complexity of the script is perhaps a weakness. “Dramaturgically, it bites off more than it can chew”, observed SMH’s Cameron Woodhead. And at times didactic monologues from Kylie Trouson – who has inserted herself as a prominent character in the script – get in the way of hilariously wacky dialogue, powerful drama and a stellar cast.

Nevertheless, I think there is a lot that can be said for Trounson’s imaginative reworking of the history of IVF in Australia. IVF was a sociological turning point in 20th century history, challenging yet not fully eliminating what were taken to be immutable limitations on human procreation. And there is something about this sociological phenomenon that cannot be captured by clinical analysis. IVF is a drama that countless couples go through, and to differing degrees of success (the success rate for an average IVF cycle is estimated to be somewhere between 30-50%). It’s painful, often traumatic, and uncertain. Sometimes it ends in joy, sometimes in despair. As Trounson deftly depicts, there is something absurd in the contingency of the whole process. Both couples in the play remain childless after their IVF cycles. And to tell the story otherwise, as Trounsen herself states, would be disingenuous.

At least one IVF pioneer is concerned about the gross commercialisation of the IVF industry in the Western world. Trounson shares this concern, and parodies the pristine and deceptively salubrious IVF clinics of the 21st century. A character sits down in the waiting room and is handed an iPad with the profiles of different sperm donors. The blond-haired 39-year-old Brazilian architect is sold out, but the bohemian 30-something folklorist is still in stock. Raphaelo – one the play’s protagonists –has just arrived at the clinic with his partner, and immediately ridicules the affected title of the clinic, ‘New Hope’.

In the midst of all of this, the story of Alan Trouson and Carl Wood, two scientists determined to give infertile couples the opportunity to conceive, is favourably portrayed. Kylie Trounson is by no means a foe of IVF.

Yet she clearly recognizes a technological solution to childlessness is complex. IVF is not merely a scientific endeavour or a commercial enterprise. It is a deeply personal, often trying, experience. Procreating children is different from buying a new fridge.

At one point in the play, the now-deceased Catholic bioethicist Nick Tonti-Filipini makes an appearance. Tonti-Filipini, charitably portaryed by Trouson, describes sex as “sacramental”. Today this idea might sound unrealistically poetic at best, stupidly naive at worst. Yet surprisingly The Waiting Room gives unwitting witness to the sacredness of sex and , and questions crudely commercial approaches to the anguish of infertility.