Some IVF patients are being offered risky, unsafe techniques which have not been developed ethically and which offer dubious benefits, according to an extraordinary article in the journal Reproductive BioMedicine Online (RBO). 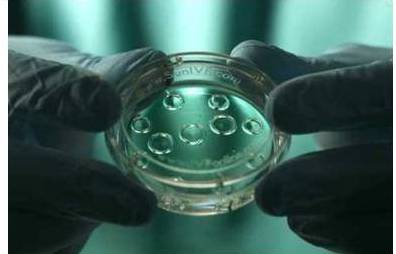 Some IVF patients are being offered risky, unsafe techniques which have not been developed with clinical trial and which offer dubious benefits, according to an extraordinary article in the journal Reproductive BioMedicine Online (RBO). Writing in the journal founded by Robert Edwards, who won  a Nobel Prize for developing IVF, two British scientists have made a devastating critique of the IVF industry. Rachel Brown and Joyce Harper, of University College London, say:

“In 1978, the first child conceived by IVF was born. In the following 33 years, numerous technologies and techniques have been developed … However, these techniques have rarely been robustly tested and approved before they are routinely offered to infertile couples. In other cases, a development in our scientific understanding of a technique has failed to be quickly incorporated into clinical changes. This raises the concern that some of the techniques offered to some patients offer little or no benefit, and in the worse cases is not confirmed to be safe.”

Brown and Harper worry that even riskier techniques — such as artifical gametes — are being developed, yet scientists may not be ready to change their ways to put patient safety first and to use randomised trials to test safety and efficacy.

As an example of undue haste, they point at preimplantation genetic screening of embryos. There have been 11 randomised trials for this technique, some of which revealed serious limitations. However, say Brown and Harper, “This improved scientific knowledge has done little to slow the use of PGS, and despite the evidence from multiple RCT to suggest it is incapable of improving clinical outcomes, PGS continues to be routinely used in a clinical setting.”

The authors also hint that commercial considerations may play a role in the promotion of techniques before they have been proven safe and effective. “Although the same could be said for all areas of medicine, assisted reproductive technology in particular has developed a very strong commercial backing. It is therefore particularly important to ensure that all new technologies are adequately and rigorously tested for both safety and efficiency, ideally before being used clinically.”

Rarely have such reservations about the progress of IVF appeared in a professional journal. This article, “The clinical benefit and safety of current and future assisted reproductive technology” is required reading for anyone interested in the ethical dimension of assisted reproduction.