Does anyone else feel that that they are being suckered by the Brittany Maynard videos produced by the assisted suicide group Compassion & Choices? Brittany, you must remember, is the 29-yar-old woman who chose assisted suicide in Oregon last year, rather than suffer a slow decline because of a brain tumour.

She made two videos which went viral on YouTube – no wonder, as they were directed by a New York public relations firm which put together a multi-platform media campaign called Twenty Nine Years for C&C. A professional story-telling consultant was employed to create the video. The celebrity magazines, the glossy women’s magazines and the major newspapers were provided with photos and interviews. Brittany was interviewed on national television. C&C has a lot riding on her story.

This week, Brittany spoke from the grave to California legislators in video testimony about a bill to legalise assisted suicide. While it lacks the professional gloss of the first two, it is poignant and direct – just the thing for fence-sitting legislators.

But I found it a little bit creepy: the poor woman was being ventriloquized by C&C and exploited as a pin-up girl for assisted suicide. Her words add nothing to the debate except the tragedy of premature death.

Let’s be honest. Isn’t this a bit sexist and ageist? If Brittany were 59 instead of 29, would she have become a YouTube sensation? I think not. In fact, Maggie Karner, a Connecticut woman, has exactly the same disease and has no intention of asking for assisted suicide. Take a look at her video. It makes a lot more sense than Brittany’s. 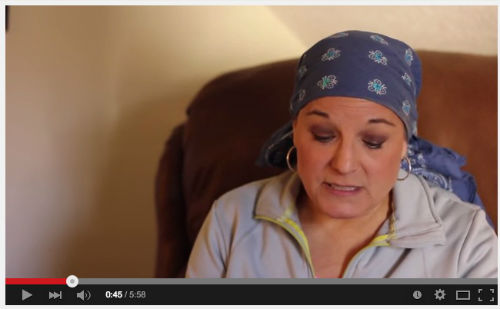