The UK government’s advisory body on human genetics has recommended that preconception genetic testing for genetic diseases should be made more available in screening programs. 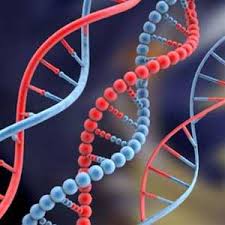 The UK government’s advisory body on human genetics has recommended that preconception genetic testing for genetic diseases should be made more available in screening programs. The Human Genetics Commission (HGC) began the report in response to arequest from the UK National Screening Committee for guidance on the legal, ethical and social implications of making preconception genetic screening available across an entire population. This kind of testing screens people for genetic diseases that could be passed on to offspring and informs them of the risk.

The HGC believes that there are no social, ethical or legal obstacles. Its only recommendations are concerned with the structure of potential future screening programs: people should be given adequate advice and time to ponder their decisions. “Preconception genetic testing identifies carriers of genetic mutations which can cause a range of genetic conditions, knowledge of which can inform the reproductive choices of individuals tested.” Those found to carry inherited conditions such as cystic fibrosis could be offered IVF – in which they can discard “diseased embryos” – or the chance to adopt.

Dr Helen Wallace, of GeneWatch UK, called the move “dangerous and misleading”. Josephine Quintavalle, of Comment On Reproductive Ethics, applauded the HGC’s “declared preference” for pre-conception testing over abortion, but said the report was “far too deferential to genetic determinism”. She said: “The public always reads these reports in terms of wonderful new cures and that is very worrying. Killing the carrier of a genetic disease does not eradicate or cure the disease. It is simply a modern version of eugenics.” ~ Human Genetics Commission, Apr 6; Daily Mail, Apr 7; BMJ2011; 342:d2324