The abortion debate has been reignited in Brazil amid fears about severe birth defects linked to the Zika virus. 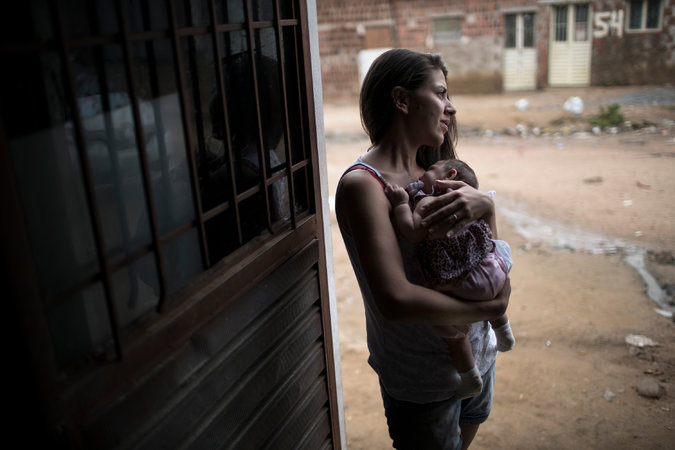 A woman in Brazil holds her daughter, who was born with microcephaly / New York Times

The abortion debate has been reignited in Brazil amid fears about severe birth defects linked to the Zika virus. Zika is thought to cause defects such as microcephaly in the babies of pregnant women, though the link is yet to be scientifically proven.

A group of Brazilian academics and activists has created a petition to ask the country’s supreme court to allow abortions for women who have contracted the virus.

The group, based around the Anis Institute of Bioethics Human Rights and Gender at Brazilia University, successfully campaigned in 2012 for the adding of a third exception to Brazil’s ban on abortion. Now in addition to medical emergencies and cases of rape, women can legally seek an abortion if their child is suffering from the brain condition known as anencephaly.

The group is confident that they can secure yet another exception for Zika sufferers. Deborah Diniz, a legal academic at Brazilia University signatory of the petition, blamed the government for the outbreak of the Zika virus, and said that the poor should not be penalised for policy blunders: “The state’s neglect generates a state responsibility” Diniz told the BBC.

The virus is spreading rapidly across the Americas, and on Thursday the WHO forecast that as many as 4 million people in the region may become infected before the epidemic is controlled.