A 65-year-old German woman with 13 children has given birth to quadruplets. 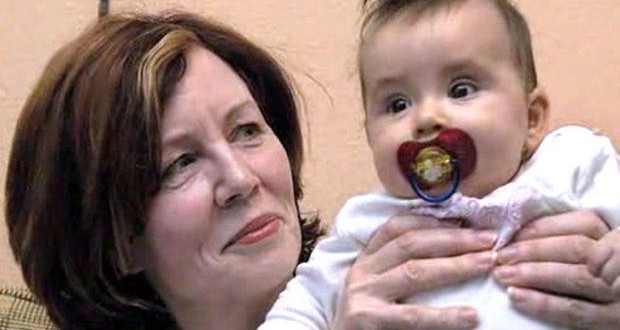 65-year-old German woman with 13 children has given birth to quadruplets, after receiving IVF in a clinic in Poland.

Annegret Raunigk,  was just 26 weeks into her pregnancy when she gave birth to three boys and one girl last week.

The babies are expected to survive, though they may suffer complications.

Raunigk was widely criticised in the German media when it was revealed that she had received IVF and fallen pregnant. For a woman of her age pregnancy entails significant risks for both mother and child.

Raunigk said she decided to have more children after her youngest daughter, Lelia, nine, asked her for a sibling. There were other motives too: “Children keep me young”, she said in a recent interview with the German tabloid Bild.

Raunigk, who had her first child at 21, is still not the oldest woman to give birth. That record is held by Rajo Devi Lohan, an Indian woman who at 70 became the world’s oldest known first time mother after three rounds of IVF.

Her daughter Naveen will turn 7 later this year.