Are you familiar with something called the “partial resurrection” procedure? That’s how MedPage Today referred to it in a recent article. You might suppose it is some kind of transhumanist scheme to bring the dead back to life, but it is an emerging technique used by transplantation surgeons upon organ donors.

Before knowing anything about this procedure, the first thing one notices is the hubris of the terminology – as if it were within the purview of scientists, even surgeons, to deliver some sort of “resurrection”.

Since that is not possible, we may conclude, through elementary logic, that this transplantation procedure is carried out on a person who has not yet died and is therefore still living.

That is indeed the case: in this procedure, physicians declare a patient dead prematurely (shortly after heart failure), then deploy interventions to resume circulation in the patient in order to optimize organ viability. But – get this – they deliberately block the circulation of oxygenated blood from reaching the brain.

Ensuring that the brain is deprived of oxygenated blood while other organs are being perfused with it does two things: it preserves organs for transplantation, and it ensures that the patient dies — at the hands of the surgeons, in a manner other than the patient had already been naturally dying.

What happened to the dead donor rule?

This is complicated stuff with all sorts of physiological and philosophical underpinnings and I may have gotten a bit ahead of myself. (I discuss these matters in depth in my recent book, Determining Death by Neurological Criteria). But one can intuitively grasp that this is a troubling development, since the entire organ transplantation enterprise is predicated upon the “dead donor rule” — the stipulation that vital organ donors must in fact be dead.

A silver lining of this kind of news might be that prospective organ donors and the general public will become more aware of the fact that some organ transplantation procedures commence before a donor has actually died. For now, however, this has only seemed to cause a stir among transplant specialists and bioethicists.

Most people are totally unaware that there are two different means by which death is determined. Roughly speaking, one is based on brain function, the other on cardiac function. These methods are neither identical nor interchangeable, which therefore suggests that one of them may be deficient in particular circumstances.

So what does this procedure entail? First of all, it takes place in protocols that use the circulatory criteria for determining death. These patients are not brain dead, but have run out of treatment options. They will be removed from life support, with the expectation that cardiac arrest will naturally ensue. Assuming heart failure does indeed occur, physicians then observe a waiting period – typically 2 to 5 minutes – before declaring death, and proceeding with the organ retrieval at that point in time.

This is problematic in and of itself because such a short waiting period is not sufficient to establish death. Medical authorities themselves concede this point. It’s possible that any given patient could be revived well after five minutes have passed, which means that the cessation of circulation is not irreversible at that stage. And irreversibility is required to establish death.

There are serious qualms and some justified protests within the medical community over these protocols (because the dead donor rule is not clearly satisfied), but the practice keeps marching on.

Some medical authorities who concede these patients are not yet dead nonetheless advance other justifications for this procedure. And there’s the rub: once you settle on anything other than actual death as the criterion for retrieving vital organs, there will always be other lines to cross, other methods to pursue, and other justifications to advance.

And sure enough, the procedure in question goes even further, both reinforcing and compounding the pre-existing ethical concerns over standard circulatory-based protocols. It goes by the name of “Normothermic Regional Perfusion” (NRP). It involves using technologies such as Extracorporeal Membrane Oxygenation (ECMO) or cardiopulmonary bypass for a very specific purpose: to restore a measure of circulation in order to keep the desired organs perfused with oxygenated blood.

But this circulation is targeted – and restricted. This is what the “regional” in the name of this induced perfusion technique means. It is specifically designed to prevent circulating blood from reaching the brain, ensuring that brain death will occur.

That this step needs to be taken constitutes further proof that all circulatory-based donors should not be considered dead at that point in time. It also demonstrates that the neurological standard is more stringent than the circulatory standard.

To reframe the matter a slightly different way, many medical authorities who support circulatory-based protocols are opposed to the use of ECMO in these settings. One prominent, long-time leading voice in this field has noted that by re-establishing blood flow to the brain, the use of ECMO would “retroactively negate” the declaration of death based upon cessation of cardiac function that had been issued moments earlier.

This alone leads to the plain conclusion that such patients have not yet died, so sanctioning these protocols amounts to forsaking the dead donor rule and adopting another justification for retrieving organs from living patients in these intense circumstances.

The somewhat novel NRP technique has the same fundamental problem, but exacerbates it by surgically manipulating a dying patient in a manner that would ordinarily forestall death by enabling ongoing brain function – were it not for the purposeful act of denying the brain access to circulating blood.

Subjecting patients to such aggressive, exploitative maneuvers hardly seems proper. How many donors would sign up, or loved ones grant consent, if they knew these details? If no one protests, how long will it be before organ retrieval even earlier – ever further away from death – is introduced?

Not all countries permit the NRP technique. But it is ongoing and expanding in the USA, which is also one of only a few countries that permit circulatory-based donation in uncontrolled settings – which is to say, when someone out and about unexpectedly suffers cardiac arrest outside of the intensive care unit (ICU). This practice is also highly problematic.

What prompts procedures such as these is, of course, the organ “shortage”. Won’t there always be one? There is something unseemly about the constant talk of an organ “shortage”, and the need to increase “supply”.

It would be interesting to know, incidentally, just how many who emphasize an organ “shortage” also think we are facing an “overpopulation” crisis. Would it be surprising if quite a few simultaneously think we have too many people and too few organs?

Given the singular nature of death, we need a standard that is objective, reasonable, and reliable – one that supplies the requisite moral certainty that a person has died. This standard should also apply to patients who are not organ donors. Any deviation from this standard must be resisted.

The circulatory-based standard seems rather obvious – and it certainly presents no problems outside of the time-sensitive context of organ donation. It is not difficult to appreciate that this age-old method is often viscerally preferred as an alternative by those who are uncomfortable with brain death – a particular reality that simply would not be possible without modern technology. But it is only valid or intelligible if the cessation of heartbeat and circulation persists long enough for the brain to die.

The more exacting standard should prevail.

This novel, convoluted, and troubling NRP technique gives us an opportunity to take a step back and revisit some fundamental questions. About mortality. About motivations. About the appropriate use of technology. We need to push back against the plundering of patients on their way out.

This article has been republished from BioEdge’s sister publication, MercatorNet. 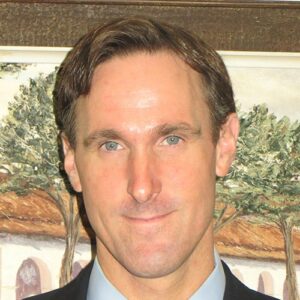 In another article on the transgender issue, in the blog of The Hastings Center, three academics from NYU Grossman School...