Right-to-die campaigners often claim that legalising assisted suicide and euthanasia will result in a fall in the number of suicides. UK bioethicist David Albert Jones studied the record in European countries where these have been legal for a number of years. His finding were published earlier this month in the Journal of Ethics in Mental Health. Here is an interview about his research

You’ve just published an article about what happens to the overall suicide rate when euthanasia and assisted suicide are legalised. Could you give us a snapshot?

Even the Canadian Supreme Court was persuaded that euthanasia and assisted suicide do away with the need for “intentional self-initiated death”. It adopted the paradoxical notion that assisted suicide and euthanasia save lives. Is this widely accepted?

It is not widely accepted among clinicians or researchers. The published evidence all points in the opposite direction: that legalising euthanasia or assisted suicide is followed by an increase in intentional self-initiated death. However, it is quite a popular argument among lobby groups and campaign organisations. They say that legalising euthanasia or assisted suicide would help prevent intentional self-initiated death.

Let’s test-run your opponents’ point of view. Here’s a quote from a Queensland government report: “If we really want a civilised society, we should offer voluntary assisted dying to reduce the occurrence of suicide by hanging, shooting, suffocation and any other horrific means people are forced to take now, the ongoing effects of these gruesome suicides are ongoing and far reaching and could be greatly alleviated by legal and compassionate voluntary assisted dying.” How would you respond to this dramatic statement?

This is a good example. They point to a problem of suicide among chronically and terminally ill people and claim that the problem would be “greatly alleviated” by “voluntary assisted dying”. They are right about the problem but wrong about the solution. There is no evidence that it helps.

It is true that some people feel secure knowing that assisted suicide is available and this helps them to live. However, if you give people lethal drugs to end their lives some people will take the drugs and it should be no surprise that, overall, more people die.

It is also very wrong to say that people are “forced to” take their own lives when voluntary assisted dying is not available. Suicide is not forced on people by circumstances and suicide should never be presented as a reasonable solution to the challenges of life. Suicide can be prevented where people are given the right support.

But even if more people die overall is that necessarily a bad thing? What counts is how you die. Surely it is better to have your life ended by voluntary assisted dying than resort to these violent means of suicide.

Your paper involved a lot of number-crunching. Just briefly, what data did you use and what comparisons did you make?

The data I use was from the OECD. They collect comparable health data from different countries including suicide rates per 100,000 people. It is freely available on the website and anyone can access it and look at suicide rates in their own country when compared with other countries. I also used official figures for reported euthanasia and assisted suicide in Luxembourg, the Netherlands and Belgium. For assisted suicide in Switzerland I used figures made available by the assisted-suicide provider Dignitas. They collate figures not only of deaths in their own clinics but of all assisted suicides by Swiss citizens. All these data are publicly available.

I compared Switzerland with Austria (its most similar non-assisted-suicide neighbour) and Luxembourg, the Netherlands and Belgium with France and Germany (their non-euthanasia neighbours).

And what did you find, overall, for Switzerland, Luxembourg, the Netherlands, and Belgium?

You did a similar study about the situation in the United States? Is the data stronger for Europe?

The 2015 study that I was involved in, looking at US data, used a more robust statistical method. It controlled for different factors and calculated figures for state and year effects.

The present study uses neighbouring countries as controls and does not provide any estimate of statistical significance. Nevertheless, this gives some indication of large scale effects and the patterns that I found were repeated in different countries and also replicated the results of the earlier study in the United States.

It adds to the evidence that if you introduce euthanasia or assisted suicide more people will die by their own hand and the study gave no indication of any reduction in non-assisted suicide.

How about the suicide rate for women?

That is a good question. It was very noticeable that in all the countries I looked at the changes were greater in women. For example, while the rate of total suicide, inclusive of assisted suicide, in Switzerland increased somewhat since 1998 (from 19 per 100,000 population to 22.2), the rate of total suicide for women increased dramatically, almost doubling (from 9.4 to 18.6).

Again, in Belgium since the law changed in 2002, the non-assisted suicide rate has not gone down as much in Belgium as in neighbouring non-euthanasia countries. Because of this, by 2016 it had the fifth highest suicide rate in Europe, exceeded only by the former communist countries Hungary Slovenia, Latvia and Lithuania. However, for women the contrast with other countries was even stronger.

By 2016, Belgium had the highest suicide rate among women of any country in Europe at 8.8 deaths by suicide per 100,000 population. For comparison, the respective figure the United Kingdom was 3.3 while in New Zealand and Australia it was 6.1 and 6.0 respectively.

The reasons for this are not clear. It may be because women who die by suicide more often chose a means that is similar to assisted suicide, that is, the ingesting of a lethal dose of drugs. Men more often chose more violent methods. However, this is speculative. More research is needed to explore why these changes have a greater adverse impact on women.

This is beyond the scope of your paper, but why do more people commit suicide overall after legalisation? Is there some sort of suicide contagion?

The paper was about what happens, not why. However, it has been argued that introducing euthanasia or assisted suicide makes it acceptable to end one’s own life, a message at variance with that of suicide prevention campaigns. In my view, in countries where euthanasia or assisted suicide is legal there is still a question of whether these practices should be encouraged or whether countries should address the reasons why people seek to end their lives prematurely. Death is inevitable — but it is not inevitable that someone dies by their own hand or at their own request. People can be helped to avoid this.

International helplines can be found at www.befrienders.org. In the US, the National Suicide Prevention Lifeline is at 800-273-8255 or chat for support. You can also text HOME to 741741 to connect with a crisis text line counsellor. In the UK and Ireland, Samaritans can be contacted on 116 123 or email jo@samaritans.org or jo@samaritans.ie. In Australia, the crisis support service Lifeline is 13 11 14.

This interview has been republished from MercatorNet. 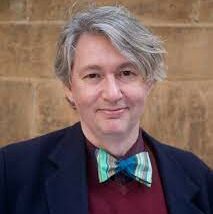