A group of Hawaii doctors is offering to write prescriptions for terminally ill patients in order to test whether physician-assisted suicide is permitted under state law, American Medical News reports. 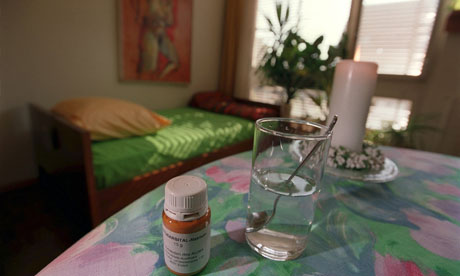 A group of Hawaii doctors is offering to write prescriptions for terminally ill patients in order to test whether physician-assisted suicide is permitted under state law, American Medical News reports. Unlike Oregon and Washington, the 2 US states in which writing such a prescription is expressly allowed and regulated, Hawaii has no law which permits physician-assisted suicide. Furthermore, Hawaii Attorney General David M. Louie issued an opinion in December 2011 saying that doctors who write prescriptions with the intention of causing death could be charged with manslaughter.

However, the legal situation is ambiguous enough for Dr Robert Nathanson to try to provoke a legal showdown. In January, he co-founded the Physician Advisory Council for Aid in Dying, which now has 5 physician members. In February, he wrote a prescription for a lethal dose of the sedative secobarbitol to help a terminally ill patient hasten his death, although the man died before using it.

“That’s the thing – I’m retired,” he said. “I think the worst that would happen is that they’d take my license away. I don’t think I’m going to put in any jail time…My livelihood doesn’t depend on it, so I can be very brave.” The council has written guidelines similar to assisted-suicide regulations in Oregon and Washington. They call for a confirmation of terminal illness by 2 doctors, testing for depression and mental competency, and referral to a psychiatrist or psychologist if necessary. However, unlike in Oregon, there is no specified 15-day waiting period. Patients are encouraged to involve family in the decision, but no witnesses are required. ~ American Medical News, Apr 17