The relatives of a woman who is “minimally conscious” have asked the British court to allow her to die by withdrawing her food and water. 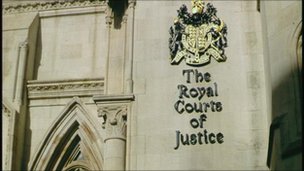 The
relatives of a British woman who is “minimally conscious” have asked the British court
to allow her to die by withdrawing her food and water.

The 51-year-old
woman, known only as “M”, was profoundly brain-damaged after a bout of
encephalitis in 2005. Initially she was thought to be in a permanent vegetative
state, but doctors later detected some flickers of consciousness. The nurse in
charge of her team of carers has even testified that she responds to music and
conversation and tries to communicate. Her condition is clinically stable.

If M had been in a
permanent vegetative state, removal of hydration and nutrition would probably have
been permitted, according to the principles set down in the UK’s famous 1993
Tony Bland case. The House of Lords ruled then that doctors need not persist with burdensome medical
treatment, including (controversially) food and water, if it would not benefit
the patient. Since then, 43 patients have died in the UK after court orders
that food and water could be withdrawn.

However, this is thought
to be the first time that a court has been asked to rule whether life support
should be withdrawn from a minimally conscious person. Mr Justice Baker, the judge hearing the case, says
that it is “unique” and raises “very important issues of
principle”.

M’s family members believe that she “would not wish to continue living in
her current state and that it is not in her interests to do so.” They
believe that she can experience pain and is suffering. Her 53-year-old sister told the court:

“She can’t move, she can’t speak, she’s fed through a tube, she can’t even enjoy a cup of tea. She’s got no pleasure in life; her daily routine is just being taken out of bed, put in a chair, showered, then put back to bed. ‘There’s no dignity in it. It’s not a life, it’s an existence and I know she wouldn’t want it.”

The case is becoming a cause celebre in the UK. Nikki Kenward, a woman
who had locked-in syndrome for a year, wrote a passionate plea in the Daily Mail urging M’s relatives to think again.

“You
might think that, if you were in my position, you’d have wished for death.
Perhaps you have even spoken to your loved ones about your wishes, should you
ever find yourself in such a situation. But all I knew in those dark days was
that I wanted to live.

“I
didn’t care if this was all my life would ever be — forever lonely, frustrated
and silent. I wanted to be here, living in whatever capacity I could manage,
and I believe there are people lying in intensive care wards all over the
country who feel exactly the same.”