Policy analysts in the US and UK are calling for an augmentation of the decades-old 14-day embryo experimentation rule. 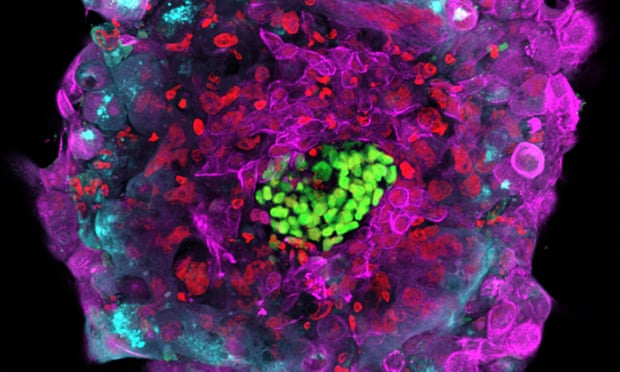 Policy analysts in the US and UK are calling for an augmentation of the decades-old 14-day embryo experimentation rule – a regulation that requires scientists to terminate any embryo in vitro before it reaches two weeks of development.

The calls for change have come in the wake of the publication of ground-breaking embryology research in Nature journals this week.

In two separate studies scientists have reported keeping embryos alive, healthy and developing up until the 14-day mark. In both studies the embryos grew autonomously and began processes that lead to organ development –a major improvement on any previous in vitro experiment.

University of Manchester bioethicist John Harris argued in The Guardian that A switch to a 21-day deadline would allow scientists to better understand miscarriages and the possibilities of using stem cells to treat diseases:

“The overwhelming consensus of scientific opinion, as of this week, is that much of considerable scientific and therapeutic importance can be learned by extending the 14-day limit for a further week, to 21 days…”.

Harris suggested that the original rule was based on an arcane and outmoded value system.

The Nuffield Council on Bioethics published a press release indicating that they are currently considering whether to advocate for a change in the law. The Council is set to hold a colloquium later this year bringing together “invited participants with a range of perspectives on embryo research in order to evaluate whether, after 25 years, there may be persuasive reasons to review this legal limit”.

A group of influential US ethicists writing in Nature this week called for both clarification and re-evaluation of existing regulations:

“Now that the culturing of human embryos beyond 14 days seems feasible, more clarity as to how the rule applies to different types of embryo research in different jurisdictions is crucial. Moreover, in light of the evolving science and its potential benefits, it is important that regulators and concerned citizens reflect on the nature of the restriction and re-evaluate its pros and cons.”

Reverend Tadeusz Pacholczyk of the National Catholic Bioethics Center offered an alternatively perspective and suggested that the 14-day-rule was flawed to begin with.  The arbitrary rule only paid “lip service to the moral status of the human embryo”, Pacholczyk said.