The government health agency in Denmark is reconsidering its policy on the anonymity of sperm donors after failing to prevent the transmission of disease through sperm banks. 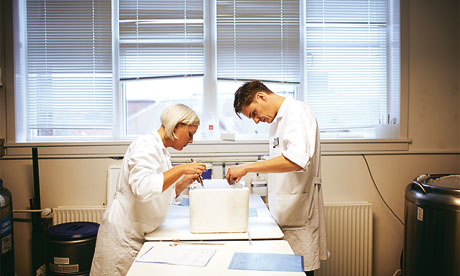 The government health agency in Denmark is reconsidering its policy on the anonymity of sperm donors after failing to prevent the transmission of disease through sperm banks. The agency is under fire for failing to contact the children fathered by a donor with a lethal genetic disease. Henrik Koch, aged 60, was diagnosed with a heritable and cancer-causing condition named Lynch Syndrome in 1997, some years after he had donated sperm. He appealed to the government to track down women who used his sperm, as the children could avoid death by early treatment of their condition.

However the agency decided against a search. “[it was] partly because it was difficult and partly because of the principle of anonymity,” said Finn Cilius Nielsen, on of the doctors who was on the panel dealing with the case.

In desperation Koch has used turned to the media to inform those who may have been effected. He attacked the health agency’s approach to the matter: “If it were my child or spouse that was suddenly diagnosed with a serious cancer, and I then discovered it was known that a donor had passed on a genetic illness that causes preventable cancers, I would have thought: Why the hell didn’t you look for us?”

Danish sperm donation laws were recently tightened after a sperm donor was found to have passed on a rare genetic condition to at least five of the 43 babies he is thought to have fathered.