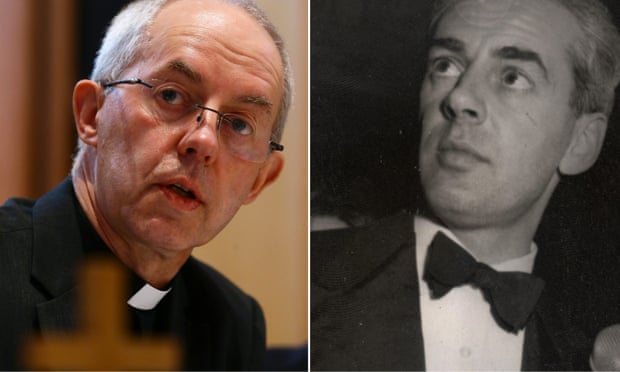 In events which seem copied from the script of a B-grade potboiler, the Anglican Archbishop of Canterbury, Justin Welby, has, at the age of 60, just discovered that he is not who he thought he was. After taking a DNA test to disprove rumours that he was not his father’s son, he learned that the rumours were true. His real father was the last private secretary of Wnston Churchill, Sir Anthony Montague Browne.

Despite his deep religious faith, the Archbishop seems quite shaken by the news. He surmounted a difficult childhood with alcoholic parents to become a successful oil executive and then an Anglican priest. He had no idea that the ne’er-do-well whom he regarded as his estranged father was not. In an interview with The Telegraph [London] he said:

“My own experience is typical of many people. To find that one’s father is other than imagined is fairly frequent. To be the child of families with great difficulties in relationships, with substance abuse or other matters, is far too normal.

“Although there are elements of sadness, and even tragedy in my father’s case, this is a story of redemption and hope from a place of tumultuous difficulty and near despair in several lives … I know that I find who I am in Jesus Christ, not in genetics, and my identity in him never changes.”

Although this is just an anecdote, it confirms what I’ve always regarded as one of the most important principles in contemporary bioethics: that every child deserves to know his or her biological parents. Archbishop Welby is better prepared than most to survive a personal earthquake like this, but it is an earthquake. To know who we are, to have a secure personal identity, is an important dimension of our autonomy.