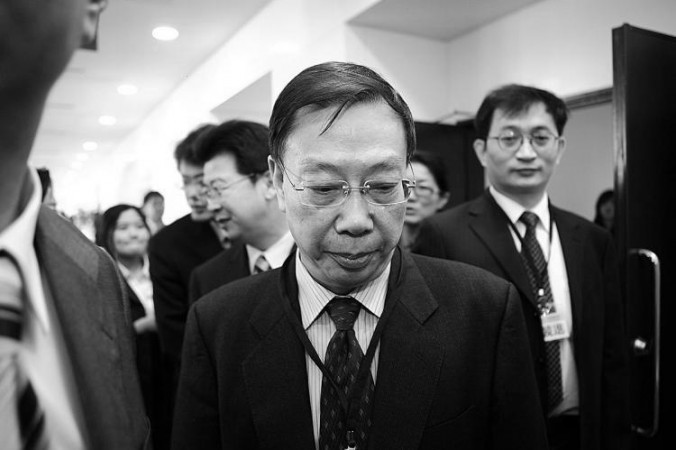 Criticism of alleged forced organ harvesting in China reached fever pitch this week as the 26th International Congress of The Transplantation Society convened for the first time on Chinese soil.

The Congress, which opened in Hong Kong on Wednesday, features a number of presentations from Chinese researchers, including former Vice-Minister for Health Huang Jiefu, and marks the end of a longstanding Transplantation Society (TTS) embargo on research from China.

Despite claims from Chinese officials that organs will no longer be harvested from executed prisoners, experts from around the world have slammed TTS for this year’s Congress, saying it implies implicit endorsement of current and past organ harvesting practices in China.

In an article published on Wednesday in the American Journal of Transplantation, a day before the Congress opened in Hong Kong, doctors and members of a non-governmental medical organization questioned the “veracity of the announced changes”:

“It is noticeable that China has neither addressed nor included in the reform a pledge to end the procurement of organs from prisoners of conscience, nor have they initiated any legislative amendments…Until we have independent and objective evidence of a complete cessation of unethical organ procurement from prisoners, the medical community has a professional responsibility to maintain the academic embargo on Chinese transplant professionals.”

Current TTS president Philip O’Connell and past president Jeremy Chapman, both Australian doctors based in Sydney, have been heavily criticised for ongoing collaboration with researchers from Chinese hospitals.

Despite having expressed grave concerns about China’s practices as late as December 2013, Jeremy Chapman told the Sydney Morning Herald earlier this year that he believes China has ended the use of organs from executed prisoners. With as many as one in 25 children being born through IVF in some countries, you would think that doctors understand the health risks perfectly. Not so.

A clutch of papers in the leading journal Human Reproduction points out that the Petri dishes in which IVF embryos spend the first days of their lives are filled with mysterious fluids made up of unknown ingredients. And the composition of these laboratory cultures affects the birthweight of the resulting babies – and possibly their long-term health.

In a blistering editorial, Hans Evers, the journal’s editor, writes that he knows far more about the ingredients in his favourite peanut butter, from the ingredients to the production record, than he does about embryo culture media.

“It’s not possible to sell a single drug on the market if you do not give the total composition of the drug, but for such an important thing as culture media, that envelopes the whole embryo, you can sell it without revealing its contents. For me, that’s unacceptable,” Evers told New Scientist. “Compared to the rest of medicine, this is such a backward area. We can’t accept it any longer.”

In one paper, Dutch scientists conducted a random controlled trial of two types of IVF culture media. They found a clear correlation between the media and low birthweight. “This means that we should be careful and we should no longer blindly accept new culture media, or other alterations in laboratory or clinical procedures, without first rigorously studying effectiveness and safety,” the scientists wrote.

In the other paper, a working group of the European Society of Human Reproduction and Embryology, led by Professor Arne Sunde, from the University Hospital in Trondheim, Norway, found that culture media vary widely, their composition is usually unknown by the end users (the embryologists, clinicians and patients), and data about the influence of the media on outcomes are conflicting.

“We have no information about long-term consequences of this, but we cannot rule out that the composition of the culture media may affect the health of children as they grow up and become adults,” says Dr Sunde.

Hovering over these reports about the early development of babies is “the Barker Hypothesis”. This suggests that the fortunes of the developing embryo can cause not only low birthweight but also obesity, dementia, hypertension, coronary heart disease, and diabetes, in middle age. It stems from observations of the health of Dutch children conceived and born during a severe five-month-long famine in the German-occupied part of the Netherlands in the winter of 1944 to 1945. It was a perfect experiment – albeit a tragic one – in the effect of the gestation on adult health.

With that in mind, conscientious doctors and scientists worry about what might happen to IVF children when they reach middle age. Will there be an epidemic of chronic disease?