Yes, there is a bioethical angle to another of this week’s Nobel Prize announcements. The latest novel by Mo Yan, the 2012 laureate for literature, is a searing critique of China’s one-child policy. 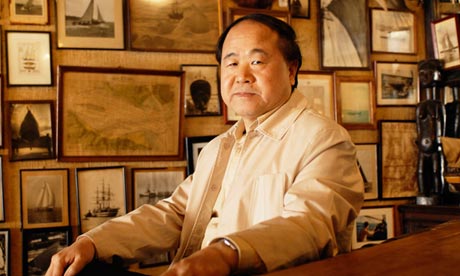 Yes, there is a bioethical angle to another of this week’s Nobel Prize announcements. The latest novel by Chinese novelist Mo Yan, the 2012 laureate for literature, is Wa (or Frogs, published in 2009; translated into French in 2011). It is a searing critique of the one-child policy.

There is no escaping controversy over Nobel Prizes. Although Mo Yan (whose real name is Guan Moye) is one of China’s best-selling novelists, he is a member of the Communist Party and he seldom critiques human rights abuses. In 2000, writer and critic Gao Xingjian won the literature prize, but he has lived in France since 1987. In 2010 democratic activist Liu Xiaobo won the Nobel Peace Prize and is still in jail. Artist and activist Ai Weiwei declared that Mo Yan’s award was “shameful”.

Perhaps Mo Yan chooses his targets. Wa – which has been translated into French, but not English – was inspired by the life of the author’s aunt, a obstetrician who headed up a family planning unit in a rural county. “Wa” sound the same as “baby” in Mandarin, a pun which Mo Yan uses to good effect. The doctor hates the croaking of frogs.

Obeying the slogan “One is not too short, two is just what is needed, three is one too many,” the doctor does 2,000 abortions, forces people to have IUDs, vasectomies and tubal ligations and runs a network of spies to discover unauthorized pregnancies.

An enterprise breeding frogs is a cover for recruiting surrogate mothers. One woman character is severely disfigured in a fire; she is inseminated to pay for her father’s medical expenses. Women’s bodies become commodities.

Mo Yan is far from being a strait-laced Puritan. Most of his novels are bawdy, sprawling exercises in magical realism, reminiscent of Gabriel Garcia Marquez or William Faulkner, lurching from tragedy to farce. Nonetheless, he abhors the one-child policy. He told a Hong Kong TV station in 2010 (translated by LifeNews.com):

“When I was serving in the army, I was promoted to the rank of officer. There was another officer in the army who lost his rank… because he had a second child. I was afraid I would receive the same punishment, so I chose not to have another child. If it were not for my own selfish ambition, I would have let my wife have a second or even a third baby. I used a very high-sounding rationale to convince her we needed to abort the baby: we had to follow the Party’s policy and nation’s policy. This has become an eternal scar in the deepest part of my heart… It became a big shadow in my heart.”