Pope Francis has condemned euthanasia, calling it “a sin against God the creator”. 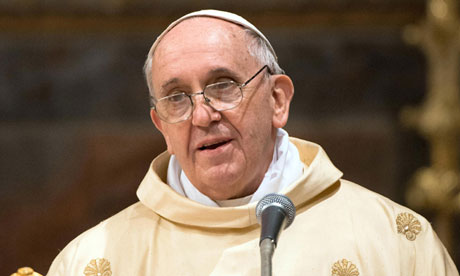 Pope Francis has condemned euthanasia, calling it “a sin against God the creator”. The Roman Pontiff made the statement in an address to the Association of Italian Catholic Doctors . The Pope – who may be the single most influential bioethical voice in the world — criticised the logic of what he termed “false compassion”. He also applied the notion to arguments for abortion and IVF.

“The dominant thinking sometimes suggests a ‘false compassion’, that which believes that it is: helpful to women to promote abortion; an act of dignity to obtain euthanasia; a scientific breakthrough to ‘produce’ a child and to consider it to be a right rather than a gift to welcome”.

Summarising his scepticism about contemporary trends, the Pope said:

“We are living in a time of experimentation with life. But a bad experiment. Making children rather than accepting them as a gift, as I said. Playing with life.”

In another recent address, Francis stressed the need to promote what he calls a new “human ecology”. This relatively novel idea draws together the Zeitgeist of the environmentalist movement with the natural law ethos of Catholic bioethics. The Pope is set to release a statement (possibly an encyclical) next year on “human ecology”, and the United Nations has suggested it will support the document.

The new publication is bound to be controversial. The idea of “human ecology” has its roots in Benedict XVI’s understanding of male-female complementarity, and the unethical nature of artificial reproductive methods.