Kidney donors should be paid £28,000 for their organs, says an academic who claims the move could help students pay off their university debts. 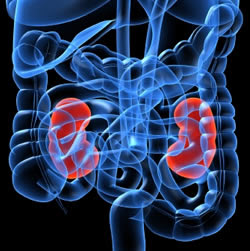 Kidney
donors should be paid £28,000 for their organs, says an academic who claims the move could help
students pay off their university debts. In a comment published online at
BMJ.com, Dr Sue Rabbitt Roff of the University of Dundee said that paying live
donors would encourage more to come forward and so shorten waiting lists. Dr
Roff said three people die in the UK each day because they could not get a
kidney transplant.

While
the UK currently has a reimbursement model in which the NHS covers donors’
costs for several weeks, Dr Roff suggests a new approach:

“…there
are other models that it’s time we looked at. We have the wage payment model,
for services supplied by participants in medical research, who often are
admitted to hospital for a fortnight or more and undergo unpleasant, sometimes
risky procedures.”

“One reservation that many people express about such a
proposal is that it might exploit poor people in the same way the illegal
market does now. But if the standard payment were equivalent to the average
annual income in the UK, currently about £28 000, it
would be an incentive across most income levels for those who wanted to do a
kind deed and make enough money to, for instance, pay off university loans.”

Her call has not been backed by leading kidney
charities. Professor Neil Turner, of Kidney Research UK, said:

“Such a system would likely be open to abuse and we
have yet to fully explore other alternatives – such as an opt-out approach to
the organ donor register, which we would favour instead.” ~ BMJ, Aug 2; Guardian, Aug 2