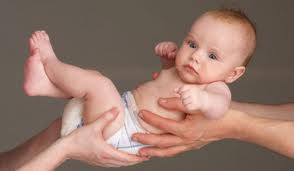 “Fears about the impact of surrogacy on the well-being of children and families appear to be unfounded, according to findings from the world’s first controlled, systematic investigation of surrogate families.” Well, actually, that is from a 2002 press release about the first results of a longitudinal study headed by British researcher Susan Golombok.

The latest results, reported in the June issue of Journal of Child Psychology and Psychiatry, tell a different story. The article says: “Surrogacy children showed higher levels of adjustment problems than children conceived by gamete donation at age 7, suggesting that the absence of a gestational connection between parents and their child may be more problematic for children than the absence of a genetic relationship.”

The researchers were more positive about other types of assisted reproduction, including IVF with donated eggs and sperm.

The study was carried out by the Centre for Family Research at the University of Cambridge. The researchers followed 30 families who had used a surrogate, 31 who had used egg donation, 35 who had used donor sperm, and 53 who had conceived naturally. The researchers acknowledged that the results had some limitations because of its relatively small size. It was also possible that reproductive donation mothers might have skimmed over some of their children’s difficulties.

The study found that candour and openness did not necessarily make the children’s lives easier, at least at age 7. “In fact, contrary to expectations, it was children who were aware of the circumstances of their birth and whose mothers were distressed who showed greater adjustment difficulties, conceivably because they felt less secure when faced with their mother’s emotional problems.”

This is particularly relevant to surrogacy children, as it is almost impossible to conceal their origins. Because of this, the study may be relevant to the on-going debate over same-sex marriage and gay adoption.