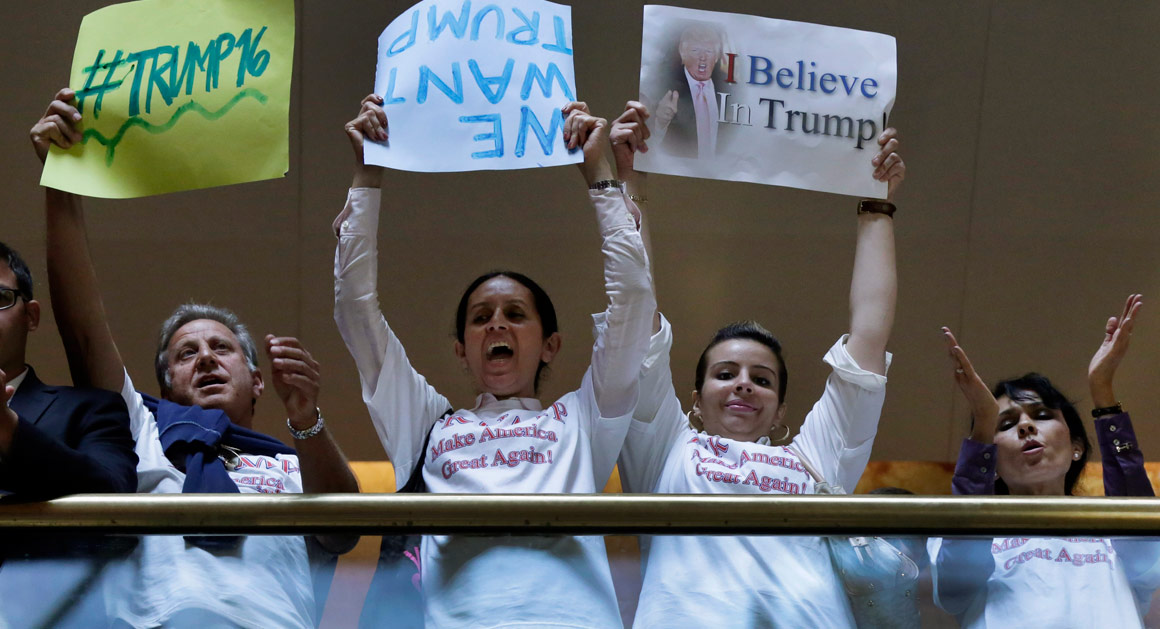 Why is Donald Trump faring so well in his campaign to be nominated as the Republic candidate for the US presidency? Commentators the world over are offering their theories, and strategists for other candidates are frantically trying to understand the attraction of the businessman turned presidential hopeful. Are his supporters making a rational choice based on an assessment of his economic or social policies? Or are they victims of their own emotions?

Oxford academic Neil Levy, who is also editor of the journal Neuroethics, regards them as irrational. He suggest that “prestige bias” is responsible for Trump’s popularity. Writing for the blog Practical Ethics, Levy states:

“…in addition to all these factors, a psychological mechanism may be playing a role in explaining Trump’s attractions to a substantial minority of voters. Trump is a very wealthy man. By one primary indicator, that means he is a successful person. We are often unable to judge accurately what makes a person successful. For this reason, we are disposed to imitate them… All kinds of things might play a role in causing success; sorting out what is cause and what is mere correlation is notoriously difficult. Better to imitate more widely: hence the evolution of our prestige bias.”

Levy suggests that his prestige bias theory explains why Trump has such a strong voter base among less educated Americans.

“It is worth noting that low information individuals – those with less capacity, due to limited resources or education – to identify what factors actually explain the success of individuals seem to be especially susceptible to the prestige bias…No doubt many factors, rational and irrational, explain why people consider voting for Trump. But the prestige bias may explain a great deal of his attractiveness.”

An interesting angle, though many beg to differ.

“none of the candidates peddle fear as well as Trump… He mixes anger, paranoia and xenophobia more skillfully than any modern presidential candidate…In short, the billionaire TV star is not running on a coherent set of political ideas. He is running on irrational fear, rage and prejudice.”