In an edition of the Journal of Applied Philosophy released this week, several academics discussed Peter Singer’s influential theory of “speciesism”. 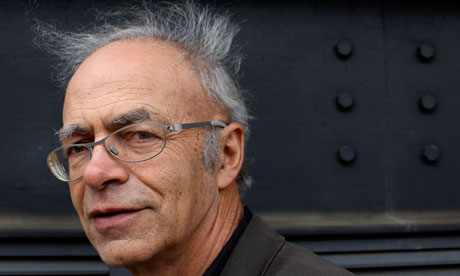 In an edition of the Journal of Applied Philosophy released this week, several academics discussed Peter Singer’s influential theory of “speciesism” – the view that human beings are inherently prejudiced toward their own species over others.

The target article of the discussion, the transcript of a lecture given by Yale philosopher Shelly Kagan, offers what Kagan says is a refutation of Singer’s notion of speciesism. Kagan, both an ethicist and metaphysician, considers in particular the moral ontology underpinning Singer’s theory, and argues that Singer provides insufficient evidence to show that sentience is the morally relevant property that one should consider when evaluating the importance of different species’ interests.

“…when a speciesist claims that it is more important to avoid human pain than it is to avoid animal pain — even pains of equal duration and intensity — Singer insists that this is mere prejudice: ‘pain is pain’ he tells us (Animal Liberation, p. 20). But what is the argument for this last step?…”

Kagan argues for a form of what he calls modal personalism – the view that what makes an entity morally more important is the modal property of “potential personhood” (i.e. the ability to become a person).

In a reply to Kagan, George Washington University bioethicist David De Grazia challenges the claim that potential personhood is grounds for giving moral status to an entity. De Grazia writes:

“…If a human being is not a person but would have been if not for some improbable accident that occurred when he was an infant, we may rationally regret his lack of personhood. But it is much less clear that the fact that he could have been a person constitutes a reason to regard him as having higher moral status than he enjoys just on the basis of his categorical (as opposed to modal) properties…”

Singer himself argues that Kagan has misconstrued his argument against speciesism, and quotes passages from Animal Liberation that Kagan appears to have omitted from his discussion. Interestingly, Singer compares Kagan’s critique “to the view standardly put forward by proponents of a natural law ethic when defending their opposition to abortion and to euthanasia for profoundly intellectually disabled humans”.