Wales will be the first British region to adopt a policy of presumed consent for organ donation. 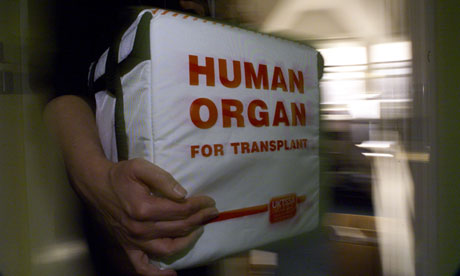 Wales will be the first British region to adopt a policy of presumed consent for organ donation. Welsh parliamentarians voted 43 to 2 for the policy change. Under the new regulations – to take effect in 2015 – all people over 18 who have lived in Wales for more than 12 months will be presumed to have consented to donation.

Welsh health minister Mark Drakeford is enthusiastic. “This is a huge day for Wales, for devolution and, most importantly, for the 226 people in Wales waiting for an organ transplant,” he said.  “About one person every week dies in Wales while on a waiting list. We have been working to improve the rate of organ donation and have had some success, but we’re looking to take the next step forward.”

The legalisation change has strong support amongst interest groups. The British Medical Association has for some time been calling for a new approach. “We are delighted that our National Assembly has shown the rest of the UK the way forward and fully support its implementation” said Richard Lewis, secretary of the Welsh branch of the BMA.

But some have expressed indignation at the move. Joyce Robins of the campaign group Patient Concern said that the legislation “will result in human bodies being treated like clapped-out cars – you strip them of parts for reuse, unless the owner prefers to scrap the whole vehicle. It’s outrageous to pretend that people feel no differently about a human heart from a used car horn.”

Jewish and Christian religious leaders have also expressed reservations. “Donation ought to be a gift of love, of generosity. If organs can be taken unless someone has explicitly registered an objection, that’s not an expression of love. It’s more a medical use of a body”, said Reverend Barry Morgan, the Anglican Archbishop of Wales.

Three medical organizations have written to US Attorney-General Merrick Garland demanding that he investigate misinformation, threats, and violence which have...

America’s sex reassignment surgery market size was US$1.9 billion in 2021, according to market analyst Grand View Research. It is...

The founding co-editor of TSQ: Transgender Studies Quarterly has written an opinion piece in the leading journal Nature complaining that...

A new protocol for determining death for transplant surgery has created a controversy amongst surgeons and bioethicists. An article in...