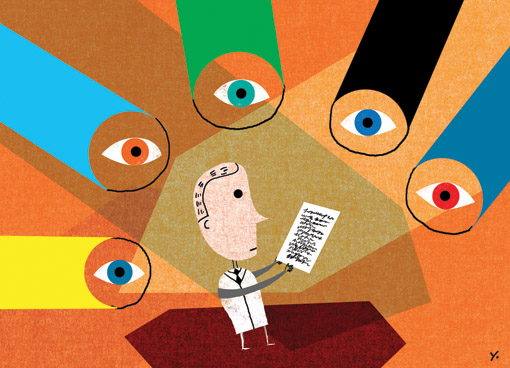 Peer review is supposed to protect us against junk science. But what happens if the peer review is junk science? The Journal of Vibration and Control, a member of the SAGE publishing group, has revealed what happens and it’s not pretty. SAGE has announced that the JVC is retracting 60 papers by a Taiwanese researcher, Peter Chen, formerly of National Pingtung University of Education, Taiwan.

According to a press release from SAGE:

“[Peter Chen] created various aliases on SAGE Track, providing different email addresses to set up more than one account. Consequently, SAGE scrutinised further the co-authors of and reviewers selected for Peter Chen’s papers, these names appeared to form part of a peer review ring. The investigation also revealed that on at least one occasion, the author Peter Chen reviewed his own paper under one of the aliases he had created.”

In the fallout from the scandal, Taiwan’s education minister, Chiang Wei-ling, who was listed as a co-author on several of the paper, has resigned. It appears that he had no direct involvement, but he was a thesis supervisor of, Peter Chen’s twin brother, CW Chen, who used his name as a co-author.

The Taiwanese government has said that if Chen (who has disappeared) is found guilty of academic misconduct, he would have to return government research grants and he would be banned for life from applying for further funding. It is also possible that other academics were involved in the fraud.