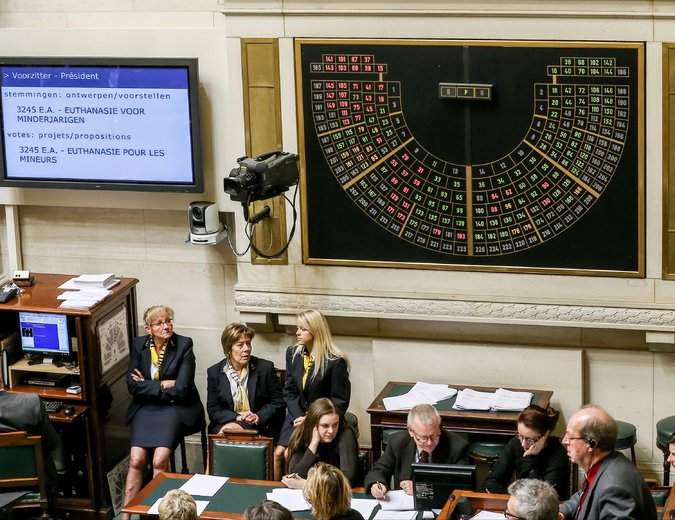 A bill permitting euthanasia for children has passed the lower house of the Belgian Parliament by a vote of 86 to 44, with 12 abstentions. The parties gave their members a free vote on the controversial issue.

It will become law when King Philippe gives royal assent. This will make Belgium the only country in the world which allows euthanasia without an age limit. This has come only 12 years after it was first legalised.

Neighbouring Netherlands also allows euthanasia for children, but only up to the age of 12.

Supporters of the bill insist that it is safe and that there will only be a handful of cases each year. The child must be suffering from a terminal illness, with  “constant and unbearable suffering”. He or she must demonstrate a “capacity of discernment”.

Can an eight-year-old give informed consent to a lethal injection? Yes, they say, because youngsters in this situation often display a maturity beyond their years.

“This is an act of humanity that allows the doctor to make the most humane course of action for his patient,” said Philippe Mahoux, a doctor and Socialist Party senator who sponsored the legislation. “What is scandalous is the suffering of sick children when they are going to die.”

Opponents are not convinced that children are capable of making a mature decision on such a momentous matter. British barrister Charles Foster commented late last year: “children could easily think, or be actively or unconsciously persuaded, that they should opt for death because their illness causes trouble for their parents.”