A court-appointed guardian has removed feeding tubes from a 58-year-old comatose grandmother in a Maryland nursing home who has no health insurance and whose children cannot afford to pay for hospice care. 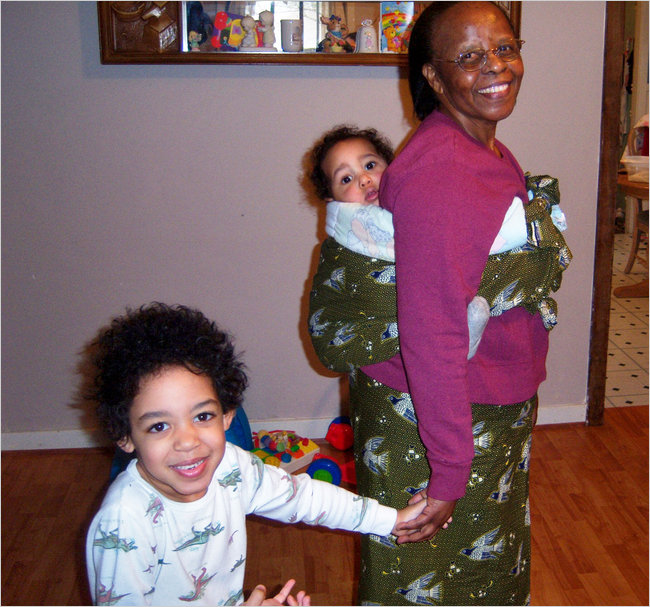 A court-appointed guardian has removed
feeding tubes from a 58-year-old comatose grandmother in a Maryland nursing
home who has no health insurance and whose children cannot afford to pay for
hospice care.

In the wake of the controversy over “death
panels”, the case of Rachel Nyirahabiyambere, a Rwandan immigrant, could be even
more politically explosive than the death of brain-damaged Florida woman Terri
Schiavo.

Ms Nyirahabiyambere, her husband and her
six children fled from Rwanda in 1994 to the Congo. The family was scattered and
her husband died, but two sons, Jerome and Gratien Ndagijimana, were allowed to
enter the United States as refugees. They worked hard and sponsored their
mother as a legal permanent resident in 2008. She found a job with health insurance
in Buffalo. But when her eldest son moved to Virginia, she quit her job and followed
him to help care for his children. She also lost her health care benefits. She was
also ineligible for Medicaid because she has not lived in the US for five years.

Then, in April last year, she had a stroke
which left her in a permanent vegetative state. She was being cared for at Georgetown
University Medical Center, a Catholic hospital, in Washington DC. After seven
weeks, the hospital tried to discharge her, as caring for her was very
expensive. According to the New York Times, the hospital told her sons that they
had three options: to find a nursing home, take her into their own homes or
send her back to Rwanda. The sons said that they could not afford any of these.

Tension grew. In December, at the request
of the hospital, a Virginia court appointed a guardian, Andrea J. Sloan. Ms
Sloan acted quickly. Ms Nyirahabiyambere was transferred to a Maryland nursing
home and in mid-February, despite anguished protests from her sons, her feeding
tubes were removed so that she would starve to death. As of Thursday (March 3),
she was still alive.

“Hospitals
cannot afford to allow families the time to work through their grieving process
by allowing the relatives to remain hospitalized until the family reaches the
acceptance stage, if that ever happens… Generically speaking, what gives any
one family or person the right to control so many scarce health care resources
in a situation where the prognosis is poor, and to the detriment of others who
may actually benefit from them?”

Ms Nyirahabiyambere left no “living will” but
it seems clear that she would have preferred to remain hooked up to her feeding
tubes. However, Ms Sloan ignored her preference. According to the Times, she
told her sons that she would disconnect their mother unless they could
demonstrate that she wished to live out her life “with a feeding tube, in
diapers, with no communication with anyone and in a nursing home.”

Her sons are distressed. “In our culture,
we would never sentence a person to die from hunger,” says Jerome Ndayishimiye.
~ New
York Times, March 3